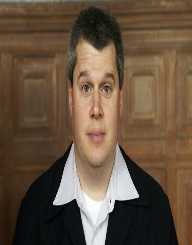 Lemony Snicket is the pseudonym of Daniel J. Handler who was born on the 28 February 1970 in San Francisco, California to Louis Handler and Sandra Walpole.
His mother was a college dean and his father an account. He has one sibling, a sister Rebecca.

Lemony Snicket was a pupil at Commodore Sloat Elementary School and Herbert Hoover Middle School before graduating from Lowell High School. He then enrolled at Wesleyan University (1992).

As a poet, Lemony Snicket won the 1990 Poets Prize of the Academy of American Poets before starting to write fiction. He was awarded an Olin Fellowship, and this allowed him the opportunity to write fulltime. As he worked on his fiction, he also wrote comedy sketches for radio. After moving to New York City, he found work as a freelance film and book critic.

Under his name, Handler had his first novel published, The Basic Eight (1998). His second novel, Watch Your Mouth followed shortly afterwards. Both books received mixed reviews. In 2005, he published a collection of short stories, Adverbs. Then two more books:  Why We Broke Up (2011) and All the Dirty Parts (2017).

Handler published a series of bestselling novels under the Lemony Snicket penname: A Series of Unfortunate Events. The series was first published in 1999, and the 13th and last novel in the series was released in 2006. Handler also narrated three of the audiobooks in the series. Between 2012 and 2015, he published a four-part series, All the Wrong Questions which focused on the childhood of Lemony Snicket. Other work includes companion books to the Snicket books.

Lemony Snicket has said that he is an atheist who considers himself a secular humanist.

In the past, Handler has donated to Planned Parenthood, Occupy Wall Street and other charities and organisations.