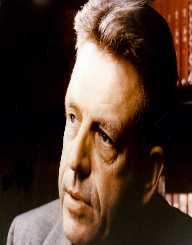 Alfred Kinsey was an American biologist, zoology and a professor of entomology. Born on June 23, 1894, he was also a sexologist and the founder of the Institute for Sex Research at the Indiana University currently known as the Kinsey Institute for Research in Sex Gender and Reproduction. Kinsey became famous as the author ofSexual Behaviour in the Human Male, 1948 and Sexual Behaviour in the Human Female, 1953. He generated a lot of controversy in the 1950s and 1960s, with his research on human sexuality, foundational to the field of sexology.

Alfred Kinsey was born to Sarah Ann and Alfred Seguine Kinsey on June 23, 1894, in Hoboken, New Jersey. He was the first child of three. His father was a professor at Steven Institute of Technology. Growing up, Alfred Kinsey was affected with several diseases, including rickets, typhoid fever, and rheumatic fever and because his parents were poor then, Alfred Kinsey did not receive adequate medical care since his parents could not afford. According to his health records, he had suboptimal exposure to sunlight, lived in unsanitary conditions during his childhood. Both parents were devoted Christians and with that ensured strict religious rules in their home. The family moved to South Orange, New Jersey when Alfred Kinsey was ten years.

Alfred Kinsey gained interest in nature and camping, and that made him work and camp with the local YMCA to partake in their activities. Alfred Kinsey also joined the Boy Scout after the troop was in his community and rising through the ranks, Alfred Kinsey earned Eagle Scout in 1913. This made him one of the foremost Eagle Scouts.

Alfred Kinsey received his education at the Columbia High School, where Alfred Kinsey was much concentrated on his academics but also found time to learn and play the piano. His interest in music almost made him pursue a career as a concert pianist, but his passion for science changed that focus. He then took an interest in studying biology, botany, and zoology. Alfred Kinsey gave credit to his biology teacher, Natalie Roeth for influencing his decision to become a scientist. Although Alfred Kinsey planned to study botany at college, his father insisted he enrols at the Stevens Institute of Technology to study engineering. Honoring his father’s will, Alfred Kinsey studied engineering, but was not successful and decided to quit engineering.

Alfred Kinsey furthered his education at Harvard University’s Bussey Institute, where Alfred Kinsey studied applied biology, under William Morton Wheeler, a renowned scientist who contributed immensely to the field of entomology. Alfred Kinsey then decided to do his doctoral thesis on gall wasps, hence, started collecting samples. This also involved him traveling widely to take 26 detailed measurements of several gall wasps. This method became a useful contribution to the field of entomology. In 1919, Alfred Kinsey received a Sc.D. degree from Harvard University. A year later, he published several papers with the support of the American Museum of Natural History in New York City

Kinsey’s research methods and findings made him a major figure in American sexology. His research is said to have set the basics for the deeper findings into sexuality among sexologists and the public and also liberated female sexuality. His findings debunked the idea that women are not sexual and the female orgasms experienced virginally were greater than clitoral orgasm. In 1933, Alfred Kinsey gained interest in different forms of sexual practice. He came out with what is now known as the Kinsey scale as a form of measuring sexual orientation, and it ranged from 0 to 6.  Being at 0 means the person is exclusively heterosexual, and six is exclusively homosexual, and the rating X was later added for "no socio-sexual contacts or reactions".

During a lecture to a faculty discussion group at Indiana University in 1935, the Alfred Kinsey criticised what he said to be the "widespread ignorance of sexual structure and physiology" and stated that that "delayed marriage," which may come with delay sexual experience was psychologically harmful. In 1948, Alfred Kinsey publishedSexual Behaviour in the Human Male and followed it with Sexual Behaviour in the Human Female in 1953. Both books became best-sellers, made him famous because of the controversy it generated. The books were later referred to as the Kinsey Reports.

To achieve his research objectives, Alfred Kinsey turned from mere theory and interview and included observing and participating in sexual activities. Alfred Kinsey sometimes had these encounters with his co-workers and justified it as a necessity to gain the confidence of his research subjects. Aside from that, he asked his workers to also engage in the act and even at a wide range to be comfortable. Alfred Kinsey said these sexual activities would help the interviewers to understand the participants' responses. Alfred Kinsey sometimes filmed these sexual escapades involving his co-workers as part of the research. Many scientists and psychologist have challenged some of his findings during this period. Some even said his research method used was just a way of satisfying his sexual needs.

In 1921, Alfred Kinsey married Clara Bracken McMillen, and then again, his father refused to attend the ceremony. The couple was blessed with four children, Donald, Anne, Joan, and Bruce. Donald died of acute complications of juvenile diabetes before his fifth birthday in 1927. Alfred Kinsey was bisexual, and he agreed with his wife that they could have sex with other people. Alfred Kinsey had sex with other men, including his student Clyde Martin. Alfred Kinsey died on August 25, 1956, of a heart ailment and pneumonia at age 62. He was interred at Rose Hill Cemetery Bloomington, Indiana, U.S. Even though he received Christian upbringing, he became an atheist.