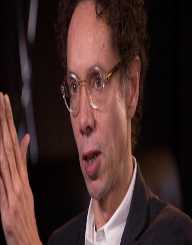 Malcolm Gladwell is a non-fiction writer and best-selling author par excellence. All five of his books are New York Times Bestsellers and use modern research in sociology and psychology quite frequently.

Gladwell is also the host of the Podcast Revisionist History and a confident speaker.

Malcolm Gladwell is English Canadian. He was born on September 3, 1963, in Fareham, UK. His parents are quite well educated. Joyce, his mother, is a psychotherapist, and his father Graham is a mathematics professor. When Gladwell was six years old, the family migrated to Ontario, Canada.

Malcolm Gladwell was academically oriented from childhood. He would often visit the libraries at the University of Waterloo, where his father taught mathematics. He was a good runner and won the boys’ under 14 1500 m title at the Ontario High School Championships. He got an internship opportunity at the National Journalism Centre in 1982, in Washington D.C.

Malcolm Gladwell graduated as a history major, from the University of Toronto, Trinity College, in 1984.

Malcolm Gladwell credits his writing career to the inspirations he derived from his mother. With five best-selling books to his name, he has received both praises and criticism to the extreme. While some prefer to call him an anecdotal writer with utter disregard for facts and criticise him for passing on visible information in a flowery language, others find his work insightful & impressive.

Apart from writing, Malcolm Gladwell is a brilliant speaker. He has done some speaking gigs over the years.

Malcolm Gladwell began writing articles for the American Spectator after miserably failing to make an impression on the advertisement agencies.
In 1987, he was appointed as a business and science writer for the Washington Post. He continued this job till 1996 and perfected his craft of writing there.

Malcolm Gladwell joined the New Yorker in 1996. While his primary job was to write fashion articles, he wrote two popular articles The Tipping Point & TheCoolhunt. They brought him enough fame and recognition in the journalism industry that he was paid $1million advance for writing a book.

All of Malcolm Gladwell's books have been non-fiction and New York Times Bestsellers. He has extensively used modern research to conclude social life and issues. His first book The Tipping Point explored the reason behind the reduced crime rate in New York. It was named as one of the best non-fiction books of the decade by amazon.com

His second book Blink was again an international hit. He talked about the idea of humans making informed decisions based on past experiences in life.

In Outliers, which came out in 2008, Malcolm Gladwell examined the reasons behind a person’s success. How a person’s environment, determination & motivation can make him successful, even if he is not very smart.

What the dog saw explores the world through a dog’s eyes and features a collection of articles Gladwell wrote for the New Yorker. His fifth book David & Goliath was financially successful, but reviews from critics were not as favourable as the other books.

Malcolm Gladwell has received several awards.  In 2005, he was named as one of the Top 100 influential people by the Time Magazine.

For his work in reporting on the social issues, Malcolm Gladwell was awarded by the American Sociologist Association in 2007.

Malcolm Gladwell has remained a lone wolf when it comes to marriage. He has no children.

Born in a Christian family, Malcolm Gladwell gave up his beliefs when working in New York. However, while writing one of his novels David & Goliath, he claims to have rediscovered his faith in Christianity.