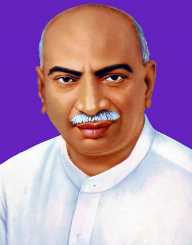 K. Kamaraj began to work with his uncle in a provision shop and began showing interest in politics. He joined the processions and meetings about the Indian Home Rule Movement. After the Jallianwala Bagh massacre, he decided to devote his life to fighting for national freedom and ending foreign rule in his country. Just 18 years old at the time, Kamaraj joined the Congress and organized public meetings for the Congress leaders. In 1922, he participated in the Vaikom Satyagraha against the atrocities of the higher caste Hindus against Harijans.

In 1927, K. Kamaraj was chosen to lead the Neil Statue Satyagraha and led almost all demonstrations against the British rule. In 1930, Kamaraj was jailed in Alipore Jail, Calcutta for his participation in the Salt Satyagraha. However, the following year he was released based on the Gandhi-Irwin Pact. In 1932, he has jailed again for organizing a protest against the arrest of Gandhi. In 1937, Kamaraj won the Sattur seat in the election and entered the Assembly.

In early 1940, Kamaraj was campaigning against people making donations to war funds, but at the time, the Governor of Madras, Sir Arthur Hope was collecting contributions. Kamaraj was arrested in December for his speeches opposing War contributions and was sent to Vellore Central Prison. While he was in jail, he was elected as the Municipal Councillor of Virudhunagar, but he resigned from the post, as he believed he should not accept a post that he can’t do in full justice.

In 1942, K. Kamaraj took part in the All-India Congress Committee in Bombay and upon returning home, began to spread propaganda materials for the Quit India Movement. The police was ordered to arrest him, but Kamaraj managed to escape and went to Ranipet, Tanjore, and Madurai. He distributed his message to many districts and in Virdhunagar, gave in to the police. From 1942, he was under detention for three years.
Chief minister

In 1954, K. Kamaraj was appointed the chief minister of Madras Province. His first order of business was to remove the family vocation based Hereditary Education Policy. During his term, many new schools were opened so that the poor students could have education and would not have to walk more than 3 kilometers to school. He wanted to eradicate illiteracy, and to achieve that; he introduced free and compulsory education. After the introduction of his reforms, the education rate rose from 7% to 37%.

K. Kamaraj also began working on irrigation schemes, building dams, and irrigation canals. One of the canals, the Lower Bhavani Dam in the district of Erode brought 840 square kilometers of land under cultivation. He also gave oil engines and electric pumps to farmers with drylands. Many industries with a lot of investments were started in this period, like the Manali Oil Refinery, Neyveli Lignite Corporation, and many others.

K. Kamaraj resigned from his post as the Chief Minister in 1963. He suggested the Kamaraj Plan, which meant that senior Congress leaders would leave the ministerial posts and take up organizational work. The plan was meant to revive the Congress and prevent congressmen to lure of power. The same year, Kamaraj was elected the President of the Indian National Congress.

As the president of INC, he did not want to become the prime minister himself but instead suggested Lal Bahadur Shastri and Indira Gandhi for the post. During the 1960s, he was known as the “Kingmaker” for these contributions. After the split of the Congress in 1969, Kamaraj became the leader of the Indian National Congress Organization. He remained in this post until his death.