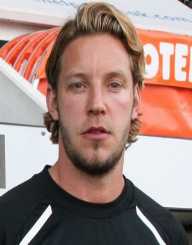 Alan Smith was born at Leeds, West Yorkshire, England on October 28, 1980. Smith began his professional football career for the club Leeds United at the age of 18. Smith's first game was a match against Liverpool. Alan Smith scored a crucial goal for his team while playing as a substitute. He had impressed and attracted the attention of sports officials in this game. Soon after that, he was considered for the 1998 to 1999 English Football.

Alan Smith was a talented football player. And from 18 years old, Smith was already playing in the international football scene. He was adored by the Leeds United fans during his six years playing for the team. Though afterward, his supporters were unhappy when he joined the team’s arch rivals Manchester United. Smith's talent in football was apparent when he played an excellent game for Leeds in the 2001 UEFA championship. Consequently, Smith was selected to the National Football team of England.

During the Euro 2004 Qualifier, Alan Smith got the first red card of his career. It was a match against Macedonia. Leeds fans adored Alan Smith during his six-year tenure with the team. But then Smith was transferred to ‘Manchester United” for a seven million Euro deal. The moved made Leeds fans very unhappy.

In 2004, Alan Smith had his debut for Manchester United. On this first game, he scored a goal against Arsenal. In the end, however, Manchester lost with a 3-1 score. Alan was groom by Manchester United coach Alex Ferguson to become the midfielder. He got a lot of training for this. He was extensively blasted by Manchester United fans when he failed to perform. Alan Smith got a major injury in a 2006 match against Liverpool. Unfortunately, he dislocated his ankle when he was trying to save a free kick. Due to this accident, Alan was out of the game for several months.

A victory of 4-0 against ‘Wigan Athletic’ in his presence was liberation for Alan. The Manchester United team expressed their solidarity for his grave injury. They wore the T-shirts which says ‘For You Smudge.’ Alan Smith made his last appearance for Manchester United in 2007. He received an individual medal from the team as a tribute and as a mark of respect for his outstanding participation.

Alan Smith joined the ‘Newcastle United’ club with a five-year contract in 2007. It was a six million Euros deal. Alan scored a goal in his very first match against ’Sampdoria.’ The team won as a result of 1-0. The team’s management shuddered the trust in him because of poor performances against Manchester United and Blackpool. Although Smith had pioneered his team to a 6-0 victory against ‘Aston Villa,’ Cheick Tiote had soon replaced him for the position of midfielder. Alan Smith exited the team in 2011 as the team management asked him to go. Consequently, Alan was relieved of his duties with Newcastle United the following year. Leeds team manager Simon Grayson had expressed his interest in having Alan back on the team. So, there were speculations that he would move back to his previous team.

In seven years of playing the round leather game, Alan became famous for having earned 56 yellow cards and eight red cards. For almost a year, Alan couldn’t participate because of a terrible ankle injury. Nevertheless, he did not lose hope. He proved everyone wrong when he emerged healthy from the injury. In a very short period, Alan Smith reached the pinnacle of his career. But in the same way, his football career came quickly to an end. And after constant bad performances, he lost his place at Newcastle United.

However, in 2012 Alan Smith joined a relatively new football club called ‘Milton Keynes Dons F.C..’ At the end, he played for this relatively low profile Milton Keynes Dons F.C. Nonetheless he continued to play the sport with the same passion and dedication as he did during the start of his international career. Alan Smith scored his first goal in five years in the same year. He led his team with a 1-0 victory against Sheffield United. The club released Smith from his services on May 16, 2014. Afterwards, Smith joined Notts County for a one year contract on May 20, 2014, as a player-coach.

Alan Smith is an English soccer player. He is well known as a midfielder for teams like Manchester United and Notts County. With Manchester United, he won the Premier League title in 2007 and the Football League Cup title in 2006. For two successive years at Leeds United, Alan Smith obtained the ‘Supporters Player of the Year’ award in 2003 and 2004 respectively. Alan was the first player who was given such awards in succession in the history of the club. This was a record for the club and Alan showed that he had much to contribute to the growth of the team. This was not unnoticed, hence the awards he won during his stay there.

Alan Smith was at Manchester United and also had one of the unfortunate seasons as a result of injuries. His club applauded this limited his appearance in league matches but his unwavering dedication. Due to Alan's commitment to his club, he ended up with one of the premiership medals after managing only ten appearances in a season.