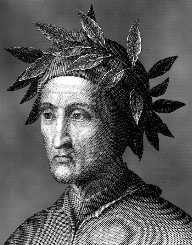 Dante was born in c. 1265. He was an Italian poet. Dante was also a statesman, Political theorist and a language theorist. He became famous due to the spread of his poetry work ‘Divine Comedy’. Dante was also known as Dante Alighieri. He died at the age of 56.

Dante was born Durante degli Alighieri in c. 1265 in Florence, Republic of Florence. He was born to Alighiero di Bellincione and Bella. He grew up alongside two half-siblings. Dante is said to have studied at home, Chapter school or Monastery situated in Florence. He later studied Tuscan Poetry. Dante developed an interest in Guido Guinizelli’s compositions. He then discovered the Provencal poetry as well as the Latin writers.

Dante later left his imprint on the dolce stil novo due to the affection he had to a girl Beatrice Portinarihe met earlier. He later alongside other writers and poet wrote poems that portrayed the aspect of love.

In 1283, he alongside Lapo Gianni, Brunetto Latini, Guido Cavalcanti, and Cino da Pistoia became the dolce stilnovo’s leaders. He later composed ‘Divine Comedy.’ His other works included ‘Vita Nuova’ and ‘Convivio.’ In 1290, he sought refuge in Latin literature soon after the death of Beatrice. He later joined the Dominican School to pursue philosophical studies. In 1314, he wrote ‘Documentid’Amore.’ He later wrote a poem titled ‘Comedy.’ In 1317, he wrote and published ‘Inferno.’ He later started writing ‘Paradiso’ which was all about his life in exile.

In 1289, Dante participated in the Guelph-Ghibelline conflict. In 1294, he became one of the Charles Martel of Anjou’s escorts. He later became a pharmacist in the aim of furthering his political career. He later enrolled to the Apothecaries’ Guild. In 1300, he held various offices while as a politician including holding Florence’s highest position as being the city prior a post that he held for two months. He later became a White Guelphs member soon after the defeat of the Ghibellines. Dante became one of the delegates that went to Rome to ascertain the pope’s intentions. He later turned out to be the only one that the Pope recommended to remain in Rome.

In 1302, he was accused of corruption and wrongdoing by the Black Guelphs. They condemned him to exile as well fined. He declined to pay the fine and was exiled perpetually. He later led the White Guelphs in taking back the power that the Black Guelphs took from them, but he turned out unsuccessful.

In 1277, Dante married Gemma di Manetto with whom he had four children. He died of malaria in September 13/14, 1321 in Ravenna, Papal States. He died at approximately Fifty-six years old.