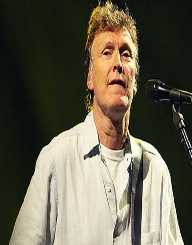 Stephen Lawrence Winwood is an English rock musician. Born on May 12, 1948, he was a member of groups including Blind Faith, The Spencer Davis Group, and Traffic. Winwood, who is primarily a vocalist and keyboardist also have skills in playing the bass guitar, violin, and mandolin. After a successful journey with several groups, he ventured into a solo career by releasing a self-titled album in 1977.

Steve Winwood's genre of music includes R&B, blue-eyed soul, progressive rock, jazz and pop-rock among others. Winwood also has hit songs including Higher Love, While You See a Chance, Roll With It, and Back in the High Life Again. In 2004, he was inducted into the Rock and Roll Hall of Fame as a member of Traffic.

Steve Winwood was born on May 12, 1948, in Handsworth, Birmingham to a semi-professional musician father, Lawrence. His father played the clarinet and saxophone. He had an elder brother called Muff. A son of a musician, Windwood caught the bug of music as a young child. At the young age of four, he was already playing the piano, and later added drums and guitar. At the age of eight, he started performing with his father and elder brother in the Ron Atkinson Band. Winwood received education at the Great Barr School. To improve his music skills, he enrolled at the Birmingham and Midland Institute of Music but dropped out later.

Steve Winwood started his musical career at a very early age. While at the Great Barr School, he played the guitar and organ for blues singers like Muddy Waters, T-Bone Walker, Sonny Boy Williamson, Chuck Berry, and John Lee Hooker among several others during their UK tours. He also joined his brother in the group Muff Woody Jazz. He would later join several other groups throughout his music career.

At the age of 14, Steve Winwood joined The Spencer Davis Group along with his brother Muff. He exhibited a tremendous distinctive tenor voice along with his piano playing skills. For his voice, he was mostly compared to Ray Charles. The group released their first number one single Keep on Running in 1965. He co-wrote and recorded the hit songs "Gimme Some Lovin" and "I'm a Man". He left the group in 1967.

Eric Clapton and the Powerhouse

While in The Davis Group, Steve Winwood joined guitarist Eric Clapton in the group Eric Clapton and the Powerhouse recording under the Elektra label. They released a compilation album What’s Shakin’ in 1966

After leaving The Spencer Davis Group, Steve Winwood joined drummer Jim Capaldi, multi-instrumentalist Chris Wood and guitarist Dave Mason to form the band Traffic. Winwood served mostly as a lead vocalist and played the guitar and piano for the band. Their debut album Mr Fantasy was released in 1968 and contained the hit track Dear Mr Fantasy. They also had popular songs like The Low Sparks of High Heeled Boys and Paper Sun. They later released a comeback album titled John Barleycorn Must Die in 1970. In 1969, he formed the group Blind Faith alongside Ginger Baker, Eric Clapton, and Ric Grech but the band disbanded within a short time.

After the disbandment, Steve Winwood, Grech and Baker formed Ginger Baker’s, Air Force. Other members included Denny Laine, Phil Seamen, Graham Bond, Harold McNair, and John Blood. However, just like the others, the band was short-lived.

Steve Winwood released his debut self-titled solo album in 1977. Three years later he released Arc of Diver, comprising his first solo hit While You See a Chance. In 1982, he came out with Talking Back to the Night. In 1986, he moved to New York, where he recorded Back in the High Life, which became an instant hit. A song on the album Higher Love topped the Billboard Hot 100 and won him the Record of the Year and Best Male Pop Vocal Performance at the Grammy Awards. His next album was Roll With It, which became a hit with the title track reaching number one on the USA album and singles chart in 1988. His other albums include Junction Seven, and the studio album Nine Lives.

Steve Winwood married twice first to Nicole Weir, who had served as his background vocalist for some of his songs. They married from 1978 to 1986. After their divorce, he married Eugenia Crafton in 1987. The couple has four children including singer Lilly Winwood.

The British Academy of Songwriters, Composers, and Authors awarded him the Ivor Novello Award for his Outstanding Collection in 2011. He also has two Grammy Awards.