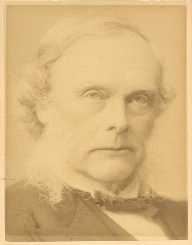 Joseph Lister was a British Surgeon who was the pioneer of preventive medicine as well as the founder of the antiseptic medicine. He is known to have introduced the sterilization of surgical instruments with carbolic acid to reduce the great risk of having a post-operative infection.

As at then, he was able to disprove the belief that exposure to bad air was the reason for infections in wounds. At that period, doctors do not wash their hands before performing surgery. Having read the works of the famous French Chemist, Louis Pasteur, he conducted his research on micro-organism and discovered that they were the ones responsible for the infections in patients. Thus, he thought of an effective method of eliminating them. It was then he thought of eliminating them with a very strong chemical. It was through the extensive experimentation that he created an antiseptic with Carbolic acid.

He discovered that carbolic acid reduced remarkably the incidence of gangrene in wounds. Joseph Lister was excited by his findings and published his results as The Lancets. He also instructed surgeons to wash their hands with a carbolic acid solution before any operation. After this, the mortality rate from infection reduced and he was praised by the world and became a baron with the authority of Queen Victoria.

Joseph Lister was born to Joseph Jackson Lister and Isabella Harris on 5, April 1827. He was born in West Ham England as one of the seven children of his parents. His father was an amateur British optician and known for his pioneer achromatic object lenses for the compound microscope. He was a young, bright and curious child who studied fish before later studying small animals. It was during that period he realized he had an interest in a surgeon.

He studied mathematics, natural sciences, and languages at Grove House School. Joseph Lister could speak fluently French and German apart from English. He later got admitted into the University College of London where he obtained his Bachelor of Arts degree in 1847. Soon, he registered as a medical student in the same college and graduate with a bachelor in medicine with honors in 1852. He became a house surgeon at University College Hospital.

In the fall of 1853, Joseph Lister became acquainted with James Syme who was the greatest surgical teacher of his day at Edinburgh, Scotland. Later in 1854, he became his assistant at the University of Edinburgh. He was later appointed a surgeon at the infirmary in 1856 and later became a professor of surgery at the infirmary in 1860, in Glasgow. At this period, patients developed infections easily and died afterward. Many doctors believed that it was a bad air which s/he encountered cause the infection. However, Joseph Lister read the Pasteur’s findings which he discovered and read. He was of the opinion that if food spoilage is caused by the presence of micro-organism which he found a way to eradicating. Louis gave different positions as to the elimination of the micro-organisms –Filtration, exposure to heat or exposure to chemical solutions.

Intrigued by this unprecedented performance, he decided to try his hand at something by conducting on his discoveries which are based on Louis’ discoveries. Closer to that period, he read about how carbolic acid could help reduce diseases. Joseph Lister tried his hand by applying carbolic acid to a wounded seven-year-old boy in 1865. Amazingly, no infection was discovered. He, however, warned the surgeons to wash their hands with the solution before and after surgery. He later returned to Edinburgh serving as a success to Syme. It was then he developed his antisepsis and asepsis.

Joseph Lister was a pioneer in the field of antiseptic surgical methods which became very popular following the publication of the paper. The paper was titled Antiseptic Principle of Practice of Surgery. He is also known to advocate the use of carbolic acid to kill germs.

He got bestowed with the Royal Medal and Albert Medal in 1880 and 1890 respectively. Queen Victoria then made him a baronet. By 1897, Joseph Lister became a baron. He is also the recipient of Prussia highest order of merit, the Pour la meritte.

Joseph Lister was married to a very supportive and respectful daughter of James Syme, his mentor. The couple, however, failed to have any child. At the age of 84, Joseph Lister died at West Hampstead Cemetary, London. Many things including mouthwash were named after him.