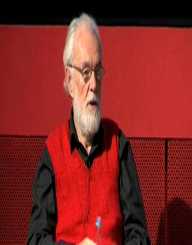 As a child, David Harvey attended the Gillingham Grammar School for Boys. Harvey later went on to study at St. John’s College. While here, he earned a bachelor's degree in Geography in 1957, a Ph.D. in the same subject in 1961. In the same year, he also studied at the University of Uppsala. He did not earn another degree from these studies.

In 1961, David Harvey took on his first professional career as a lecturer at the University of Bristol. While here, he focused on teaching geography and did not do much else in his career.

In 1969, he left the University of Bristol and moved to the United States. Here, he taught at John Hopkins University as an associate professor of geography. It was while here that he became interested in Marxist geography. It was also while here that he started writing in Antipode. It was in this same year that he also published his first book, Explanation in Geography.

In 1973, David Harvey was promoted to a full professor of geography. Throughout the rest of the 1970’s, he continued to write more books. He stopped working at John Hopkins University in 1987. In 1987, David Harvey began working at the University of Oxford; this means that he also moved back to England. While here, he also continued writing. He worked as a professor here until 1993.

In 1993, David Harvey returned to John Hopkins University. Again, he was a full professor of geography. While working here, he would often tour other colleges and universities and give lectures. He also continued to write during this time. He later left the school in 2001.

In 2001, he began working at the University of New York as both a professor of geography and anthropology. While here, he began making video lectures, which he would put online. This way, students and others from all over the world would be able to listen to his lectures. He currently continues to work here.

Most of David Harvey’s books are about geography and anthropology. All of his books are nonfiction. His books are a hit in academic circles. Many of his books have even been translated into several languages. Some of his most famous publications are listed below.

Social Justice and the City
Justice, Nature, and the Geography of Difference
Spaces of Hope
The New Imperialism
A Comparison to Marx’s Capital (Volume 1 & 2)
The Ways of the World

All of Harvey’s awards are due to his books and his impact on the field of anthropology and geography. Some of his most prestigious awards are listed below.

David Harvey is a member of the American Academy of Arts and Sciences and the British Academy.

He has honorary degrees from the following colleges and universities: Bristol University, Goldsmith College, Kent University, Lund University, Ohio State University, Uppsala University, and the University of Kentucky, as well as others from around the world.

David Harvey is married and has one daughter: Delfina.