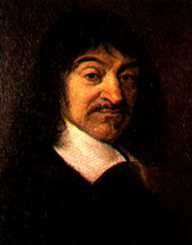 Rene Descartes was a prominent French scientist, mathematician, and philosopher. Born on March 31, 1596, Rene Descartes was referred to as the father of modern western philosophy as much subsequent Western philosophies are in response to his writings, which are still relevant. Rene Descartes is also regarded as the father of analytical geometry. Rene Descartes spent two decades in the Dutch Republic by serving in the Dutch States Army of Maurice of Nassau for a while and later served the Prince of Orange and the Stadholder of the United Provinces. This gained him the accolade of being one of the most notable intellectual representatives of the Dutch Golden Age.

His work, Meditations on First Philosophy is still used as a standard test in the department of philosophy in most universities. Rene Descartes also made enormous contributions to the field of mathematics, and the Cartesian coordinate system was named after him. He became a key figure in the scientific revolution.

Rene Descartes was to Jeanne Brochard and Joachim on March 31, 1596, in La Haye en Touraine currently Descartes, Indie, Indre-et-Loire in France. His father was a member of the Parlement of Brittany in Rennes. His mother died while delivering another child when Rene Descartes was one year old. He was then taken care of by his grandmother and granduncle. Rene Descartes received his education at the Jesuit College Royal Henry-Le-Grand at Fleche in 1607. While there, Rene Descartes learned physics and mathematics, including Galileo’s work.

Rene Descartes graduated in 1614 and enrolled at the University of Poitiers, where Rene Descartes studied for two years to earn a Baccalaureate and Licence in Canon and Civil Law. This was to honor his father’s wish, as he wanted him to become a lawyer. Rene Descartes left for Paris after graduating. During this period, Rene Descartes recall shaving“Resolved to entirely abandon the study of letters. Seek no knowledge other than that of which could be found in myself or else in the great book of the world. I spent the rest of my youth traveling, visiting courts and armies, mixing with people of diverse temperaments and ranks, gathering various experiences, testing myself in the situations which fortune offered me, and at all times reflecting upon whatever came my way so as to derive some profit from it.”

Rene Descartes grew a strong passion for becoming a military officer, hence, joined the Protestant Dutch State Army in Breda as a mercenary under the command of Maurice of Nassau in 1618. There, Rene Descartes studied military engineering established by Simon Stevin. Gaining much encouragement in Breda, he decided to enhance his knowledge in mathematics.

Rene Descartes then made friends with Isaac Beeckman, the principal of Dordrecht School, who Rene Descartes wrote the Compendium of Music for in 1618 and published in 1650. Being like-minded and finding the need to link mathematics to physics, the two worked on fluid statics, catenary, free fall and a conic section. Rene Descartes came under the service of the Catholic Duke Maximilian of Bavaria in 1619, where Rene Descartes witnessed the Battle of the White Mountain outside Prague in November 1620.

Adrien Baillet narrates that, Rene Descartes locked himself in a room on the night of 10–11 November 1619, while stationed in Neuburg an der Donau. While there, Rene Descartes had three visions and believed a divine spirit had revealed to him a new philosophy. Before coming out, Descartes had formulated the analytical geometry and an idea of applying the mathematical method to philosophy. With the visions, Rene Descartes concluded that, that the pursuit of science would prove to be, for him, the pursuit of true wisdom and a central part of his life's work.

Through his meditation, Rene Descartes noted that “all truths were linked with one another so that finding a fundamental truth and proceeding with logic would open the way to all science” which brought about his famous quote “I think. Therefore I am.” Rene Descartes left the army and returned to France in 1620, where he wrote his first essay on method: Regulae ad Directionem Ingenii (Rules for the Direction of the Mind)

In 1628, Rene Descartes returned the Dutch Republic to enrol at the University of Franeker, where Rene Descartes studied under Adriaan Metius in 1629. Rene Descartes later studied mathematics at the Leiden University, with Jacobus Golius and astronomy with Martin Hortensius. Most of his major works were done while in Netherland and were influential in the revolutionizing mathematics and philosophy. In1637, Rene Descartes published part of his work on Treatise on the World in three essays; Les Météores (The Meteors), La Dioptrique (Dioptrics) and La Géométrie (Geometry) and later his famous work Discours de la méthode (Discourse on the Method)

Rene Descartes came out with the metaphysics work, Mediation de Prima Philosophia (Meditations on First Philosophy), in 1641 and followed it with Principia Philosophiæ (Principles of Philosophy) in 1644. Rene Descartes fled to The Hague in 1643, after Cartesian philosophy was condemned at the University of Utrecht. Rene Descartes published Les Passions de l'âme (Passions of the Soul), in 1649, during his correspondent with Princess Elisabeth of Bohemia on moral and psychological subjects.

Rene Descartes philosophical work placed him as the first thinker underscore the use of reason to develop natural sciences. Rene Descartes saw philosophy as a thinking system that embodied all knowledge and so expressed it as, “all Philosophy is like a tree, of which Metaphysics is the root, Physics the trunk, and all the other sciences the branches that grow out of this trunk, which is reduced to three principals, namely, Medicine, Mechanics, and Ethics. By the science of Morals, I understand the highest and most perfect which, presupposing an entire knowledge of the other sciences, is the last degree of wisdom”.

His work Discourse on the Method, he sought to arrive at a basic set of principles that one can know as true without any doubt. To reach this, he formulated the method, hyperbolical/metaphysical doubt or methodological skepticism in which he rejects ideas that can be doubted and reintroduce them in order to acquire a firm foundation for genuine knowledge. These ideas were built from scratch and at a point related to an architecture where; the topsoil is removed to create a new building or structure.

He refers to his doubt as for the soil and new knowledge the buildings. He initially came up with one principle; thought exists. He stated, “Thought cannot be separated from me. Therefore, I exist.” This famously became, cogito ergo sum ("I think. Therefore I am"). He then concluded that, as he doubts, it meant someone is doing the doubting, which proves his existence. This means“if one is skeptical of existence, that is in and of itself proof that he does exist."Descartes Three Types of Ideas

Descartes came out with three ideas namely Fabricated, Innate and Adventitious. He explained;

Rene Descartes had a relationship with a servant girl Helena Jans van der Strom, while in Amsterdam. The two had a daughter Francine in 1635. Francine died in 1640. Rene Descartes died on February 15, 1650, after catching a cold that turned to serious respiratory infection, pneumonia.