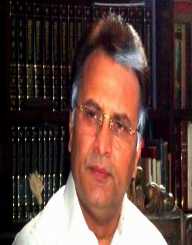 Behroze Sabzwari was born on February 16th, 1957 to a Muslim family. His place of birth is in Karachi, Sindh in Pakistan. His father earns a living as a naval officer

Behroze Sabzwari worked as a presenter at Radio Presenter during his early career. He later ventured into his acting career in the 1970s. His first role was in the play Dadajan Nanajan. This is a children’s play aired on live television. He has since featured in different TV commercials.

His role at stage plays was at Khawaja Moinuddin’s Mirza Ghalib Bandar Road ParI. He began to be recognized in Pakistan through this play.

The year 1974 marked a career turning point for Behroze Sabzwari’s career. This was after he starred as Nausha in the play Khuda Ki Basti. His role in Tanhaiyaan also took him to great heights of fame. The TV serial was a great hit. He was also featured in 3 Bahadur(2015), Ek Thi Marium (2016) and Lahore Se Aagey (2016).

In 1986, Behroze Sabzwari tied the knot with Safeena Shiekh. Her two brothers Saleem Sheikh and Javed Sheikh are Pakistan television, film actors. The couple is blessed with a son Shahroz Sabzwari. He followed the acting footsteps of his dad.