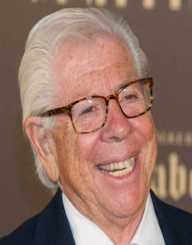 American journalist and writer Carl Bernstein was born on the 14 February 1944 in Washington, D.C. His parents were Alfred Bernstein and Sylvia Walker.

Carl Bernstein graduated from Montgomery Blair High School, Silver Spring, Maryland. He then enrolled at the University of Maryland at College Park but left without obtaining a degree.

At age 16, Carl Bernstein, who had taken typing as a subject in high school, obtained his first job in journalism as a copyboy with The Washington Star Reporter (1960-65). The newspaper had a policy that all their journalists should have a  college degree. Because of this policy, Bernstein left the newspaper in 1965.

He then joined the Elizabeth Daily Journal Reporter (1965-66) Journal in New Jersey where he became an award-winning journalist.  And in 1966, he was employed as a journalist by The Washington Post.

On the 17 June 1972, burglars were apprehended breaking into the Watergate office building, where the Democratic National Committee had its headquarters. Five burglars were caught, and one of them was an ex-CIA agent who at the time was working in security for the Republican Party. Initially, the story garnered little attention from the press, but The Washington Post instructed Bob Woodward and Bernstein to investigate the incident.

The story they uncovered, led to the impeachment of President Richard Nixon and what became known as the Watergate Scandal. The two journalists wrote a book about their part in unearthing the scandal, All The President’s Men. The publication was a bestseller and was adapted for film, with Dustin Hoffman portraying Bernstein, and Robert Redford playing Woodward.

After leaving the Washington Post in 1977, Carl Bernstein worked for ABC News (1980-1984). He also wrote for many publications including Time, The New York Times, Rolling Stone, Newsweek, and The New Republic.

As an author apart from All The President’s Men, he wrote The Final Days (1976), He co-authored His Holiness (1986) with Marco Politi, a book about Pope John Paul II. Loyalties: A Son’s Memoir (1989) in which he explored his parents' association with the Communist Party of America during the McCarthy years. In 2007, the bestselling, A Woman in Charge: The Life of Hillary Rodham Clinton was published.

Carl Bernstein was embroiled in a controversy in 1979 when he had a relationship with Margaret Jay, Baroness Jay of Paddington, the leader of the British House of Lords at the time.

Both parties were married, Bernstein had a young son, and his wife was pregnant with their second child. When Bernstein and Jay’s marriages broke up as a result of the affair, a scandal erupted with widespread press coverage.

His wife at the time of the affair, Nora Ephron, wrote a semi-biographical novel about her marriage to Bernstein and it was adapted for film: Hearburn (1986), a comedy-drama starring Jack Nicholson as Bernstein and Meryl Streep as Ephron.