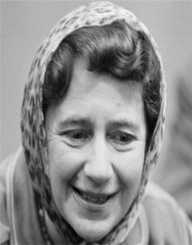 Peggy Ashcroft was born on December 22, 1907. She was an English actress. She died at the age of Eighty four years.

Peggy Ashcroft was born Dame Edith Margaret Emily Ashcroft on December 22, 1907, in Croydon, Surrey. She was born to William Worsley Ashcroft and Violetta Maud, nee Bernheim. She later joined and studied at Woodford School. In 1923, she joined Central School of Speech and drama. She made her stage debut while still at school by staging in ‘Dear Brutus’.  In 1927, she graduated with London University’s Diploma in Dramatic Art. She later joined West End.

In 1929, Peggy Ashcroft at first time appeared in a West End film ‘Jew Suss’ as Naemi. In 1930 she appeared as Desdemona in ‘Othello.’ In 1932, she joined the Old Vic Company. She later performed several Shakespeare heroines including appearing as Kate in ‘She Stoops to Conquer,’ as Mary Stuart in John Drinkwater’s new play and as Lady Teazle in ‘The School for Scandal.’

In 1954, Peggy Ashcroft featured in the radio program ‘The Duchess of Malfi BBC Third Programme.’ In 1959, she appeared in ‘The Nun’s Story’ as Mother Mathilde. In 1966, she featured in the radio program ‘Macbeth BBC Third Programme.’ In 1967, she appeared as a Guest Star in the television show ‘The Wednesday Play: Days in the Trees.’ In 1968, she played a role as Hannah in ‘Secret Ceremony.’

In 1969, she appeared as Belle in the film ‘Three Into Two Won’t Go.’ In 1971, she featured in ‘Sunday Bloody Sunday’ as Mrs. Greville. She also appeared in the television film ‘Play of the Month: The Cherry Orchard’ as Ranevskaya. In 1973, she played a role in ‘The Pedestrian’ as Lady Gray. In 1977, she appeared as Lady Tattle in ‘Joseph Andrews.’