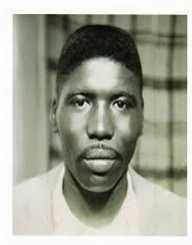 Jimmie Lee Jackson was born on December 16th, in 1938. He was a famous black American civil rights activist. In a routine demonstration on February 18th, in 1965, Jackson was captured, beaten and shot by James Bonard Fowler. Jackson was unarmed during the incident. He succumbed to his injuries and died eight days later.

His death inspired activist marches such as the Selma to Montgomery which occurred in 1965. This was a movement that later pushed for the signing of the Voting Rights Act into law. This law was a huge milestone to Black Americans as it gave them the opportunity to vote

Jimmie Lee Jackson was born on December 16th, in 1938. His place of birth was in Marion, Alabama. He was a religious individual serving as a deacon at St. James Baptist Church situation in his hometown. Jackson had made previous attempts to register as a voter, but he could not get the chance since he was black. He gained his inspiration to fight for his voting rights from Martin Luther King, Jr.

It is from this desire to vote that he lost his life. Following his demise, several activist marches were organized including the famous march from Selma to Montgomery. This march directly influenced the passing of the Voting Rights Act of 1965.

Jimmie Lee Jackson passed away on February 26th, in 1965. He succumbed to injuries he received on February 18th, in 1965. He was trying to protect his mother at the time of the incident. One of the troopers named James Bonard Fowler shot him twice. The trooper later claimed that he thought Jackson was reaching out to get his gun. Jackson died while nursing his gunshot injuries at the Good Samaritan Hospital.