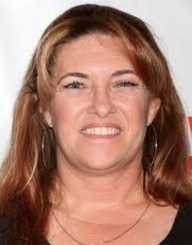 Rachel Lindsay Rene Bush aka Lindsay Greenbush was born on May 25, 1970, in Hollywood, California. Her claim to fame was as a child actress jointly sharing the role of Carrie Ingalls with her twin sister Sidney Robyn Bush in the western drama series ‘Little House on the Prairie.’

Lindsay Greenbush was born to actor Billy Bush and Carole Kay Bush. She is elder to her twin sister Sidney by only three minutes. They have a brother named Clay who appeared sporadically on ‘Little House on the Prairie,’ playing the uncredited role of a school kid.


Breakthrough and ‘Little House on the Prairie’

It was a friend of Billy who recommended the sisters for their breakthrough role of Jill Hayden in the television docudrama ‘Sunshine.’ It was for the first time the sisters shared the same role, and director Joseph Sargent recommended them to Michael Landon who was then casting for his series ‘Little House on the Prairie’.

The pilot of ‘Little House’ was an instant hit, so much so that it turned in to a weekly series. The sisters were much loved, and the audience wanted to see more of them. Although they alternated in the role of Carrie, in the episode ‘The Godsister’ in season five, they are seen together onscreen at the same time playing different characters.

The show’s success resulted in the sisters visiting the White House in 1978 to meet President Jimmy Carter’s daughter Amy Carter, who was a fan of the show. The twins gifted her a portrait of the cast of ‘Little House.’

Lindsay Greenbush played Carrie most of the time as her sister had had several accidents in those nine years they were with the show. The twins’ final episode was aired on 10th May 1982.

For the ninth season, the director wanted the show to take a new turn with a revamped cast and a change in the name to ‘Little House: A New Beginning.’ Their exclusion was explained as the Ingalls family moving to Iowa to seek pastures new. Incidentally, it also proved to be the last season of ‘Little House.’

The credit list of the show displayed their name jointly as Lindsay Sidney Greenbush.

In 1983, Lindsay Greenbush made a guest appearance in the hit crime drama ‘Matt Houston,’ playing the role of an abuse victim. The sisters starred in a few commercials most notable among them were Kentucky Fried Chicken and Doublemint Gum. After that, both of them decided to retire from acting and concentrate on studies.

The story of her second marriage had a somewhat cinematic undertone. In 1977, while taking a break from shooting the episode ‘The Wolves’ of ‘Little House on the Prairie,’ she was lying beneath an oak tree when she caught sight of a teenage boy named Danny who had visited that day to watch the shooting. Little did they know that decades later, they will meet and become a couple. Lindsay and Danny married in 2014. The blessed ceremony took place at the same spot where they had first met – under the oak tree.

Lindsay Greenbush appears on several events and TV shows sharing memories of her time spent in the ‘Little House.’ She performed in ‘Vagina Monologues,’ in 2016. She has also developed a keen interest in amateur boxing and was associated with Kid Gloves Boxing of Simi Valley. Lindsay has a daughter named Katlynn Danae, who was born in 1995.