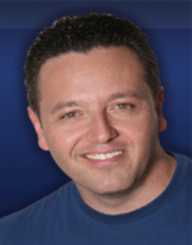 John Edward was born on October 19th, in 1969. He is a well-known TV personality and an author. Besides this, he is also a famous psychic medium.

John Edward McGee Jr., popularly known as John Edward, was born on October 19th, in 1969. His place of birth was in Glen Cove, in New York. His father worked as a police officer. Edward was the only son in his family.

As an author, John Edward released his first book in 1998. This book was called One Last Time. In 2001, he became the producer of Crossing Over with John Edward. This is a show that he continued producing until 2004. In this show, he garnered fame for sharing his psychic readings to individuals that he welcomed to the show.

After his first show, his next show was called John Edwards Cross Country. The show ran from mid-2006 to 2008.  Just like his previous show, she also shared his psychic readings with the audiences. After this, he would pay a visit to the individuals asking them of their experience after their interpretations were made.

John Edward tied the knot to Sandra McGee. The two have two children together. The two lovers crossed paths when Edwards was taking dancing lessons.