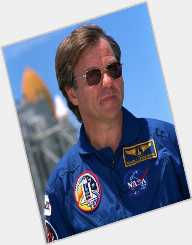 Bjami Tryggvason joined Meteorologic Service Canada, a cloud physics group, in Toronto (1972-1973). He then worked for the Boundary Layer Wind Tunnel Laboratory in Ontario as a research associate in modern aerodynamics (1974-1979). Tryggvason traveled to Japan and Australia, spending time in 1979 as a guest research associate at Kyoto University before going on to James Cook University in Townsville, Queensland, Australia (1980). Returning to Canada in the early 1980s, he joined the University of Western Ontario where he lectured in applied mathematics (1980-1982). From 1982-1984 Bjami Tryggvason worked at the Low-Speed Aerodynamics Laboratory of the National Research Council of Canada. Between 1982 and 1992 he also lectured at the University of Ottawa and Carleton University.

Bjami Tryggvason was one of six Canadian astronauts selected in December 1993. He was involved as a backup payload specialist for the CANEX-2 experiments which flew on Mission STS-52 in October 1992. Tryggvason also served as the project engineer for the Space Vision System Target Spacecraft. He went on to work on various projects including the Large Motion Isolation Mount and the Microgravity Vibration Isolation Subsystem.

In August 1997 Bjami Tryggvason was a payload specialist on the Space Shuttle Discovery Mission STS-85. In 1998 he did a NASA mission specialist training course held at the Johnson Space Center in Houston for two years. Tryggvason was part of a group of astronauts who were trained to be Mission Specialists on the Space Shuttle as well as having the capability to be crewmembers on the ISS. His role after this training was supporting simulations systems on the ISS Training Facility.

Tryggvason retired from the CSA in 2008.

After his retirement from the CSA, Bjami Tryggvason returned to lecturing.