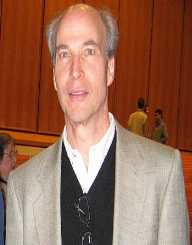 Winner of the 1997 Nobel Prize in Chemistry, Paul D Boyer is a biochemist from America. His most significant contribution to the field of biochemistry is his research work on the enzymatic mechanism behind the synthesis of ATP – the nucleotide responsible for the transfer of energy in cells.
Based on his research, Boyer proposed a unique mechanism for ATP synthesis which was later confirmed by John E Walker to be true. They shared the 1997 Nobel Prize in Chemistry for this discovery.

Born on July 31, 1918, in Utah Paul D Boyer was the son of Del Delos Boyer, a physician and Grace Guymon. His parents had six children.
When Boyer was only 15 years old, his mother passed away – due to Addison’s disease. A grieving Boyer took great interest in biochemistry after this incident in his life.

Paul D Boyer was enrolled in Provo high school for primary education. He then joined the Brigham Young University, and in the year 1939, he graduated with a BSC degree in chemistry. He was a good student and was awarded a Wisconsin alone I research foundation scholarship to pursue further education.

At Wisconsin University Paul D Boyer worked on vitamins and synthesis of energy in the living organisms. When he was at Wisconsin, many discoveries were made in the field of Biology and Chemistry. This further inspired Boyer to pursue a career in this field. Boyer obtained his Ph.D. degree in 1940.

After graduating, Paul D Boyer found his country and himself involved in the World War II. As war service, he joined a research team at Stanford, where they studied blood plasma proteins that could be used for shock treatment of injured soldiers on the battlefield. Boyer developed a sterilization method for the proteins that made them usable even in a hot environment.

After the war ended, Boyer became an assistant professor at the University of Minnesota. He also joined the Navy’s medical research studio in Maryland and worked on some secret projects. At the University of Minnesota, Boyer got ample opportunities for carrying out his research - his primary area of focus became enzymes, and much of this study was devoted to the mechanisms of the enzymatic reactions.

In 1955, Paul D Boyer was awarded the prestigious Guggenheim Fellowship which provided him with enough possibilities to carry out his research work will. During this period, he discovered a new type of phosphorylated protein, which was acting as a catalyst in the synthesis of ATP.

In 1959, Boyer became the chairman of biochemistry section of the American Chemical Society. However, one year later he gave up this position to focus more on his research one.

Paul D Boyer became a professor of Biochemistry at the University of California in 1963 Los Angeles. He continued to work there until his retirement.
When the molecular biology Institute was founded in 1965, Boyer became its first director. He also became the president of the American Society of biological chemists in 1970.

But for Boyer research was his first love. And he continued to study how ATP was synthesized in both plant and animal cells. Towards the end of his career, Boyer finally proposed the synthesis of ATP from ADP and inorganic phosphate. This is the accepted mechanism of ADP information.

Paul D Boyer was awarded the Guggenheim Fellowship in 1955. He also received the UCLA McCoy award 1976, the Coleman medal in 1981 and the Rose award in 1989.

In 1997, for his discovery of an enzyme in the missing pieces, Boyer was awarded the Nobel Prize in Chemistry. He shared this prize with John Walker.
Paul D Boyer holds the honorary doctorate from University of Stockholm, Minnesota, and Wisconsin.

Boyer is 99 years old, healthy and lives with his family in California.