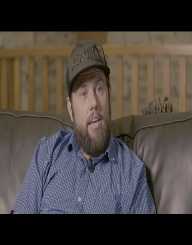 Shay Carl Butler was born on March 5, 1980, in Logan, Utah. He is the oldest of four children to his parents Carl and Laurie Butler. He and his family moved to Phoenix, Arizona when he was four years old. After finishing high school, Butler went on to serve two years in a mission for The Church of Jesus Christ of Latter-day Saints. During this time he went on missions to Barbados, Trinidad, and Guyana.

After returning from his missions, Butler enrolled at the Idaho State University, but quit soon after. He began working and supporting himself as a granite countertops installer and a school bus driver. However, he soon discovered YouTube and began his rise towards stardom.

Butler began posting videos on YouTube in 2007, with his first video being “Fun with Helium and Passing Out.” After his friend and fellow YouTuber Phillip DeFranco mentioned Butler’s videos, his popularity began to rise. Just in six months, his subscriber count rose close to one million.

After becoming popular on the site, Butler joined the YouTube Partner Program, which meant that he received a monthly salary. He then decided to leave his day jobs and dedicate his time to creating new videos. He currently has two channels- shaycarl, and SHAYTARDS, which combined have more than 5 million subscribers. His shaycarl channel often features celebrities, like the basketball player Charles Barkley and actor Matt Damon.

In 2009, Butler and several other YouTubers started out the company Maker Studios. The company creates videos in four categories- Men, Women, Family and Entertainment. The company was sold in 2014 to The Walt Disney Company for $ 500 million.

In 2009, Butler’s channel SHAYTARDS won the Best YouTube Channel or Personality award. He and his wife also have collaborated on a podcast “When Kids Go to Sleep,” where they interview celebrities. Butler has collaborated with several major companies, such as General Electric, Kia, Skype and Foot Locker. In 2017, Butler announced that he is quitting YouTube to focus on his rehabilitation from alcoholism.

Butler and his wife Colette have been married since 2003. They have five children together. His wife and his children are all featured on the SHAYTARDS channel. His son, Brock’s life, has been documented on YouTube since his birth.
At the beginning of his YouTube career, Butler was obese, but during one year, lost 50.8 kg of his weight. He documented his weight loss struggle on the channel ShayLoss. He and his son co-wrote a book Fat Dad, Fat Kid in 2015, a self-help and healthy lifestyle book. Besides his YouTube career, he has also starred in several television shows, such as No Ordinary Family, MyMusic, and Wonder Quest web series. He has also done voice acting as Viking in the Cartoonium’sShaybeard cartoon series.