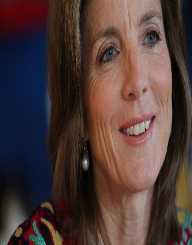 American Diplomat, Lawyer and Author Caroline Bouvier Kennedy, the only surviving child of assassinated 35th President of America, John F. Kennedy and the First Lady Jacqueline Bouvier Kennedy, was born on November 27, 1957, in the Cornell Medical Center Hospital, New York City, New York, United States of America. She lived with her parents in Georgetown, Washington D.C before being moved into the White House as a three-year-old child on February 4, 1961, after his father was sworn in as the 35th President of the United States. Kennedy is the eldest among her three siblings. She had a younger brother, John Fitzgerald Kennedy, Jr. and a baby brother, Patrick, who unfortunately died in his infancy. She spent her childhood attending kindergarten classes arranged and organized by her mother.

She was famously seen riding her pony called Macaroni around the surrounding ground of the White House during her childhood. Her father was assassinated on November 22, 1963, in Dallas, Texas after being shot in the head five days prior to her sixth birthday. The bereaved family left the White House and went back to Georgetown around two weeks after the tragic death of John F. Kennedy. However, due to the excessive interference of the ever-aggressive media and the never-ending curiosity of the common people, it became difficult for the Kennedy family to lead a normal, peaceful life. They moved to the New York City in the summer of 1964 where media interference was not so intense and they could find at least some sort of anonymousness in the crowded city.

After having settled in their penthouse apartment at 1040, Fifth Avenue on the Upper East Side of Manhattan in New York City, Caroline Bouvier Kennedy started attending the Convent of the Sacred Heart School, an all-girls independent Roman Catholic School situated in the New York City. By late 1960s, when the Kennedy family was settling into a tranquil New York City life, tragedy again struck them. Robert F. Kennedy, younger brother of deceased President Kennedy, was assassinated on June 5, 1968. Devastated and frightened, the Kennedy family, especially Caroline’s mother, got extremely worried about the safety and future of her children.

Four months after the assassination of her brother-in-law, Kennedy's mother married Greek Shipping Tycoon, Aristotle Onassis. Though there was no dearth of efforts from Caroline’s stepfather to make Caroline and her brother happy, Caroline Bouvier Kennedy, however, could never come to terms with him. She instead looked up to her another uncle, U.S. Senator Edward "Ted" Kennedy for the necessary support and they formed a special affectionate bonding.

She received her graduation in 1975 after attending the Concord Academy, Concord, Massachusetts. She earned a Bachelor of Arts degree in 1980 from the Radcliffe College at Harvard University and finally received her professional degree of law from the Columbia Law School in 1988.

In 1976, Caroline Bouvier Kennedy accompanied a photographer as his assistant in his photographic assignment at the 1976 Winter Olympics in Innsbruck, Austria. The following year she took the job of a summer intern at the New York Daily News. During the early 1980s, upon her graduation from Radcliffe College, she worked as a research assistant in the Film and Television department of the Metropolitan Museum of Art in New York. She began her writing career in 1991 after having received her law degree in 1988. Her first book "In Our Defense: The Bill of Rights In Action" written in collaboration with Ellen Alderman was published in 1991.

She also served as one of the directors on several boards of non-profit organizations. Prominent among these organizations is the Office of Strategic Partnerships for the New York City Department of Education, where she served as a director from 2002-2004. Her persistent efforts helped the department to collect a fund of $65 million to develop the public schools of the city. She is the present honorary director of the fund. Besides being the President of the Kennedy Library Foundation and an adviser to the Harvard Institute of Politics, she also is a member of the New York and Washington D.C. bar associations.

During the 2008 Presidential Election campaign, Caroline Bouvier Kennedy endorsed the candidature of Democratic Presidential nominee Barack Obama. She again was a vocal supporter and a key member of President Barack Obama’s Presidential re-election campaign during 2012. In November 2013, Caroline Bouvier Kennedy was sworn-in as the first female ambassador to Japan representing the United States of America after being nominated for the same by President Barack Obama on July 24, 2013. She worked relentlessly for improving the ties between the two countries during her four-year-long stint. In doing so, she also won the heart of the Japanese people. She left Japan on January 18, 2017, after resigning as the U.S. Ambassador to Japan shortly before the swearing in of Donald Trump, the 45th President of the United States.

Kennedy was quite active as an author also. She penned several books during her long and illustrious career. In 2001, she published a collection “The Best-Loved Poems of Jacqueline Kennedy Onassis”, dedicated in honor of her mother, who passed away in 1994 after a long and arduous battle with lymphatic cancer. In 1995, she co-wrote another book titled ‘The Right to Privacy”. She was the serving editor of two anthologies titled “Profiles in Courage for Our Time” (2002) and “A Patriot's Handbook: Songs, Poems, and Speeches Every American Should Know” (2003). “A Family of Poems: My Favorite Poetry for Children” (2005) and “A Family Christmas” (2007) are among her other prominent, notable literary works.

Tragedy never completely left from the life of Caroline. On July 16, 1999, her beloved younger brother John F. Kennedy Jr. was killed along with his wife and sister-in-law in an airplane crash near Martha's Vineyard, Massachusetts. The fatal accident left Caroline, to be the only surviving member of the John F. Kennedy clan.