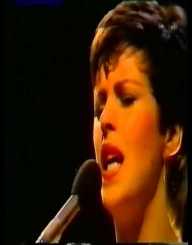 From the 1996 fairytale of All Dogs Go To Heaven to the Scooby-Doo scenes, Sheena Easton’s voice is sensational. Not only is she an impeccable actress, but also a premier singer. She has garnered over 20 million records globally.

On 27th April 1959, Sheena Shirley Easton was born in Scotland, Bellshill, United Kingdom. She is the youngest child of the six children of Alex Orr her father and Annie, her mother. She had three sisters; Anessa, Morag, and Marilyn as well as two brothers; Alex and Robert.

Sheena’s first song was ‘Early One Morning’ that she sang at a Wedding Anniversary. In 1969 her father died, and her mother had to find ways to support her family. Despite the downfalls she underwent, she didn’t give up to provide for her six children. Sheena will never forget how they used to gather up and read even before enrolling in kindergarten.

Sheena Easton took her singing as a God-given talent but not as a career. Later on, she saw the movie ‘The Way We Were,’ and Barbara Streisand was the secondary role. Barbara’s passionate singing helped Easton’s talent in a right way. She was entirely convinced that signing is her dream and all she wanted is to have that positive effect on other people.

Luckily Sheena Easton got a successful grade that enabled her to join the Royal Scottish Academy of Drama and Music in Glasgow. From 1975 to 1979 she took a speech program and drama teacher course. In her leisure time, Sheena went to team up with ‘Something Else’ band. She selected the teaching course because it was a learning journey that would later help her singing performance.

From 1981 to 1982 Easton the ‘Modern Girl’ first single song was released and much more. Some of her most hitting songs were later classified in the Silver Single category. Early in 1982, she took her first US tour. Her first performance was seen on HBO and later on showcased as Sheena Easton Live at The Palace, Hollywood.

From 1983 to 1987, Sheena Easton began to set her bridge to success. She sang ‘We’ve Got Tonight’ with Kenny Rodgers. It was ranked as the top ten hits in the US Billboard. However, one of her songs was banned due to the lyrics and not the imagery. But this didn’t stop her from achieving her best. Her singing career made her be nominated for the ‘Best Female Pop Vocal Performance’ in 1984.

In 1985, Sheena Easton released a hit song ‘Sugar Walls.’ Ironically the song hit the walls, as it was not expected. It was written by Prince, who was Sheena’s close friend. The image was good, but the lyrics were unacceptable. The Parents Music Resource Council’s named it as one of the forgotten songs in the 80s.The electronic effect and background percussions didn’t rhyme as desired. In fact, various radio stations refused to play the song.

Sheena Easton has been married four times. She has adopted two children. Her first marriage was when she was in the teenage years (19).She got married to Sandi Easton, but the couple mingled for eight months only. Sandi died at the age of 48.Sheena opted to keep her late husband’s last name.

In 1984, she was married to a talent agent, Rob Light. After that, they separated after 18 months. In 1992, Sheena became a US citizen. That is where she decided to adopt the two children.

In 1997 during summer she met with Tim Delarm, a film producer. They married in July 1997.The marriage only lasted for a year. She later married John Minoli, in November 2002 but got divorced in 2003. According to sources, she is now a single mother and is living with her two children in Henderson, Nevada.