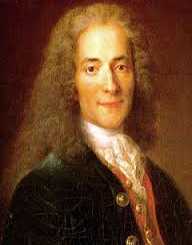 Robert Hooke was an English scientist.

Robert Hooke was born in the village of Freshwater on the Isle of Wight, on July 28, 1635. His father, John, was a priest for the Church of England and a teacher. His mother’s name was Cecily. He had a brother and two sisters.

Hooke was initially homeschooled by his father. He then attended the Westminster School. After that, he got a Master of Arts degree from Wadham College at Oxford University.

At Oxford, Robert Hooke became the assistant of the natural philosopher Robert Boyle. He made connections with many important scientists at the university. Together, they formed the Royal Society in 1660. Two years later, he was chosen to be the Curator of Experiments. He stayed at that job for over four decades. He also briefly served as a Professor of Geometry at Gresham College.

In 1660, Hooke discovered a law in physics which was later named after him. It concerns elasticity and the amount of force used in the spring. In 1665, he published a book called Micrographia. He talked about the force that pulls objects down to the Earth. He sometimes spoke to Isaac Newton, who managed to develop the theory of gravity fully.

Robert Hooke used a microscope to make his observations. He was the one who created the term “cell” in biology. He also tried to develop an explanation for the way human memory works. He examined fossils and believed they were proof of ancient species. He was one of the first scientists who supported a theory similar to evolution. He helped improve the mechanics of watches by working on the pendulum and the balance spring. He also tried to calculate the distance from Earth to the star Gamma Draconis.

Hooke was the chief assistant of the prominent architect Christopher Wren. He worked on many projects. They included Saint Paul’s Cathedral, the Royal Greenwich Observatory, the Pepys Library, and many others. He also served as a Surveyor to the City of London. He helped rebuild the city after the Great Fire in 1666. He developed the idea for the streets to be arranged in a grid pattern. This same pattern was later used in Paris and many British and American cities.

Robert Hooke never married and had no kids. He was romantically involved with his niece and with a few of his housekeepers. He was sometimes aggressive and full of himself. He often fought with other scientists. He tried to claim their findings as his own.

Robert Hooke passed away on March 3, 1703. He was buried at the Church of Saint Helen.

An asteroid was named after Hooke, as well as craters on Mars and the Moon. There is also a medal named after him, and a science section at the Westminster School.