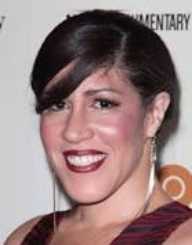 Rain Pryor is an award-winning American actress who is also a speaker, comedian, and also a film producer. She is the daughter of the renowned comedian Rain Pryor.

Rain Pryor was born on 16th July 1969 in California to Shelley Bonis, a writer and a dancer and Richard Pryor, a comedian. Her parents married for two years before they parted ways.

She grew up in the care of her mother with the support of her maternal grandparents. Until the age of four, she did not meet her father who was a famous comedian.

From an early age, Rain Pryor knew she wanted to be a thespian. She later attended Beverly Hills High School where she was an active member of the drama club.

Her debut in acting came in the late 80s when she appeared as T.J. Jones in Head of the Class. She was supposed only to make a guest appearance, but her excellent performance landed her a role in the sitcom.

In the early 1990s, Rain Pryor made an appearance both the television and live stage performance. Her role in Head of the Class came by when she put up a splendid performance during her guest appearance.

Her first performance won her reoccurring roles in a sitcom. She also co-starred Rude Awakening with Sherilyn Fenn, a movie which hit the screen in 1998.

The struggles of drug abuse she witnessed her father fighting with, motivated her to start working as a drug counselor. In 2002, Pryor she starred Fried Chicken, combining song and comedy in the show. The show showed both domestically and internationally.

Rain Pryor reconnected with her father in Chicago Hope, the medical drama. She was elected as the spokesperson for the organization until 2006. She later relocated to Baltimore, where she wrote Jokes My Father Never Taught Me, a book portrayed her relatively difficult childhood.

Before returning to the television in 2012, she started a show, Pryor Experience. She was later given the role of artistic director of Strand Theater Company.

Rain Pryor married Kevin Kindlin, a therapist in 2002; the two met during her time in MS. They however divorced in 2007.

She began dating Yale Partlow a year after divorcing her first husband. The two had one daughter together; this was after several miscarriages. Their marriage ended in 2014.

Rain Pryor lives with her daughter in Baltimore.