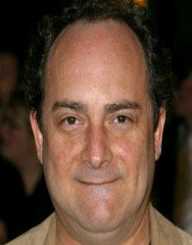 Kevin Pollak was born on October 30, 1957, in San Francisco, California, United States. He is an American actor and comedian who has featured in several films. He has acting roles in films like ‘A Few Good Men,’ as Sam Weinberg, ‘Grumpy Old Men’ as Jacob Goldman, ‘The Usual Suspects’ as Todd Hockney, ‘Casino’ as Philip Green and ‘End of Days’ as Bobby Chicago.

Apart from acting, he is also a skilled poker player who on a weekly basis sets a poker game in his home alongside other celebrities from Hollywood. In 2012 he was position 134 out of about 6, 598 players in the World Series of Poker competitions.

Kevin Elliot Pollak was born on October 30, 1957, to Robert Pollak and Elaine Harlow. He was the born in San Francisco, California, the United States as the youngest in a family of two. He studied at Pioneer High School in San Jose.

Kevin Pollak's first most notable roles were in films like ‘Ricochet’ (1991), ‘A Few Good Men’ (1992), ‘End of Days’ (1999) and ‘The Wedding Planner’ (2001) in which he appeared as a good and friendly character. He has also appeared as a criminal in ‘The Usual Suspects’ in 1995 and later acted as a gangster in ‘The Whole Nine Yards’ in 2000. However, he gained much recognition when he appeared in the film Deterrence in 1999 as the starring taking up the role of a vice president who is faced with a nuclear crisis and the struggle to deal with it.

In December 2006, he appeared in ‘The Lost Room’ as Karl Kreutzfeld and also featured recurrently in the television series ‘Shark.’ He appeared in ‘The Writers Room on Crackle’ in March 2008 and later in ‘Choose’ as Sheriff Tom Wagner. In 2010, he hosted ‘Million Dollar Money Drop’ on FOX Network. Other notable roles include acting as Alvin Biletnikoff on the CBS sitcom 'Mom’ in 2014 and ‘The Marvelous Mrs. Maisel’ as Moishe Maisel in 2017.

Kevin Pollak has also directed films like ‘Vamped Out,’ ‘Misery Loves Comedy’ and ‘The Late Bloomer.’

Kevin Pollak married Lucy Webb in 1995 and together had two children before divorcing in 2008.