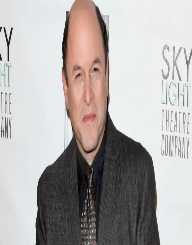 Jason Alexander is an American comedian, actor, and director, he is best known for playing George Costanza in the TV show Seinfeld.

Jason Alexander was born on 23 September 1959 in Newark, New Jersey. He was born into a Jewish household, both his mother, Ruth née Simon and his father, Alexander Greenspan, were Jewish. He has two half-siblings, Karen Von Horne and Michael Greenspan. Alexander’s mother worked as a nurse, and his father was an accounting manager. Alexander was keen to be a performer from an early age and practiced magic. A lack of confidence in his ability to make it as a magician led to him pursuing acting. He wanted to be a classical stage actor but was advised to pursue comedy due to his appearance. He studied at Boston University but left without graduating.


Acting Career On Stage, In TV And Film

In 1987, Alexander appeared in a short-lived sitcom called, Everything’s Relative. The show was aired on CBS, but only ran for six episodes. Alexander’s big break in television came in 1989 when he was cast as George Costanza in the Larry David creation Seinfeld. The show was a huge hit and ran for nine seasons and one hundred and eighty episodes. Alexander’s character was the best friend of the lead character Jerry Seinfeld and was portrayed as a miserable, selfish and insecure individual. The show enjoyed great success, despite its claim to be about nothing. The series is constantly ranked near the top of listings of best TV shows of all time.

Alexander starred alongside, Jerry Seinfeld, Julia Louis Dreyfus and Michael Richards. In 1994, Alexander began providing the voice for Eric T Duckman, the lead character in the cult animated comedy Duckman. Alexander’s character is a self-loathing foul-mouthed anthropomorphic duck. He works as a detective. The show ran for four seasons and seventy episodes and maintains a popular cult following. Alexander has made two appearances in the Larry David show Curb Your Enthusiasm and has lent his voice to the show Dinosaurs. Alexander’s efforts to have his own primetime sitcom came to nothing as both Bob Patterson and Listen Up!were cancelled after one season. Bob Patterson, saw Alexander star as the title character, a self-help guru. The show was cancelled after just five episodes.

Alexander was able to take the idea concepts from Bob Patterson and turn them into a touring show. In Listen Up! Alexander plays Tony Kleinman, a sports broadcaster and journalist. The show ran for a full season of twenty two episodes, but was not commissioned for a second season. Alexander has made once off appearances in some TV shows, Malcolm in the Middle, Friends, StarTrek Voyager and The Muppets Show. He is also a frequent guest on American talk shows and panel shows. Alexander appeared alongside Richard Gere and Julia Roberts in Pretty Women, which was released in 1990. Alexander plays Phillip Stuckey, Gere’s character’s sleazy lawyer. Alexander also appeared alongside Jack Black as an inept womanizer in Shallow Hal.

In 1996, Jason Alexander provided the voice for Hugo, one of the gargoyles, in the Disney film, The Hunchback of Notre Dame. He also provided voice work in the Hunchback of Notre Dame II, the House of Mouse and the video game, Kingdom Hearts 3D. Alexander has appeared in a number of national advertisement campaigns. He has worked with McDonalds and KFC. He also appeared in a Super Bowl advertisement for Rold Gold pretzels. Alexander has appeared in and directed several music videos. In 2009, he played Joseph in an audio dramatization of the Bible.

Alexander has performed live magic shows and also does stand up and improvisational tours. He has toured as a satirical self-help guru Donny Clay; the show is based on Bob Patterson. Alexander is signed by PokerStars to play and advertise their card games. Alexander appeared in the 2007 World Series of Poker and the 2009 World Series of Poker.

Alexander married Daena Title in 1982. Together they have two sons, Gabriel and Noah.

Alexander is involved with some charities and causes. He has done work with autism charities and animal welfare groups. On the Celebrity Poker Showdown, Alexander won half a million dollars for the charity The United Way of America. Alexander has been a vocal supporter of OneVoice. OneVoice seeks to build a peaceful and successful solution to the Israeli-Palestinian conflict.

Alexander was nominated for four Golden Globes and eight Emmy Awards for his role in the sitcom Seinfeld. However, he did not win a single one. He did win three Screen Actors Guild Awards for his part in Seinfeld. In 1989, he won a Tony Award for Best Leading Actor in a Musical. He won a Video of the Year Award at the 2007 Country Music Association Awards for directing the video for the song, Online.