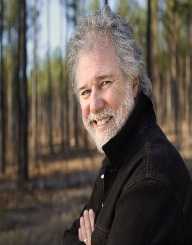 Even while still a young child, it was obvious that Chuck Leavell had musical talent to spare. Before he was even a teenager, he learned how to play instruments known for being in rock bands, like the piano and guitar. He also learned how to play off-the-wall instruments, like the tuba. However, he later focused on playing the piano, a skill which he has since mastered.

As a teenager, Chuck Leavell met the famous musician Ray Charles. After speaking to him, Leavell was convinced that music was the career path for him. Afterward, he did everything he could to make his dream of being a musician come true.

The first band Chuck Leavell performed with was one he helped to found in 1966, The Misfitz. He played in the band with several friends. At the time, the band was made up of teenagers. The band played public performances and even played on television a few times. However, the band did not last long and disbanded before 1970.

In 1969, Chuck Leavell became a studio keyboardist for Capricorn Records. This meant that he would perform keyboard arrangements for several different bands. His arrangements would then go on the album, even though he would not tour with every band he played for.

In the 1970’s, he joined his first serious band, The Allman Brothers. The band had formed a year before Leavell joined (forming in 1971 with Leavell joining in 1972). The first album produced with Leavell playing the keyboard was called Brothers and Sisters, which would later be known as one of the band’s most popular albums. He performed on another album as well, Win, Lose or Draw. Sadly, the band went on hiatus in 1976, leaving Leavell jobless, but not for long.

Some of the old members of The Allman Brothers formed a new band, Sea Level, in 1976. Leavell was the frontman of the band but also continued to play the keyboard. The band produced several albums with Leavell in it, including the following: Sea Level, Cats on the Coast, On the Edge, Long Walk on a Short pier, and Ball Room. Sadly, this band broke up in 1980.

In the 1980’s, Chuck Leavell became a touring member of the Rolling Stones. He toured with the band beginning in 1982, but his relationship with the band lasted much longer than he had originally expected it to. He worked on several of the band’s albums, up until 2005 with the hit A Bigger Bang. He most recently toured with the band in 2008.

In 1999, Chuck Leavell produced his first solo album, titled What’s In That Bag? The trend of creating solo albums continued in 2001 when he produced a piano solo album: Forever Blue: Solo Piano. His next solo album was not produced until seven years later, in 2005; it was called Southscope. This was considered to be a solo album, even though some of the songs were written by others.

Some of the other musicians he has worked for are listed below.

Chuck Leavell began writing books in 2000, with his first book being titled, Forever Green: The History and Hope of the American Forest. His next book, published in 2005, was an autobiographical work titled Between Rock & Home Place.

In 2006, he tried something new and wrote a children’s book about the environment titled The Tree Farmer.

Putting his musical skills to a good use, Chuck Leavell has played for numerous charity concerts raising money for all sorts of causes from helping people with drug addictions to saving the planet.

Chuck Leavell has won both music awards and awards for his charity work. The albums he has worked as a studio keyboardist often win awards, as well (Many of his albums with the Rolling Stones have won awards). Some of his most prestigious awards are listed below.

In 1973, Chuck Leavell married Rose Lane White. The couple is still happily married as of 2017.