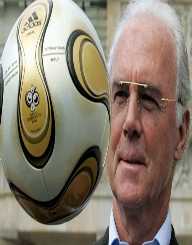 Beckenbauer’s first season in the regional league was the 1964-65 season. The team then won promotion to Bundesliga, the national league. Bayern Munich continued to perform well. They won the German Cup in 1966-67. Then in 1967, they won the European Cup Winners Cup. Beckenbauer was appointed captain for the 1968-69 season. Under his captaincy, the team won their first league title. All up Bayern Munich won three league championships in a row (1972-1974). They also won the European Cup in three straight wins (1974-1976). This meant that the club was allowed to keep the trophy on a permanent basis.

Beckenbauer is a larger than life person with a sometimes abrasive personality, His success as a footballer, captain, and manager make him an iconic figure in Germany. He is never far from news headlines as he often stirs up strong emotions. Beckenbauer has been at the center of German football as a player, commentator, manager, and critic, since the 1960s. He scored four goals at the 1966 World Cup. His most recent success was when he was involved in Germany’s successful bid for the 2006 World Cup. As chairman of the organizing committee, his success added to his reputation and the awe with which German football fans regard him.

Later, it was alleged that bribes of 5.5 million Euro had been involved in securing Germany’s success. Beckenbauer’s nickname has long been Der Kaiser. There are conflicting opinions as to how the nickname came about. Records show that he won 103 international caps, scored 14 international goals, captained Germany’s World Cup win in 1974 and as manager steered the German team to victory in 1990. He was European Footballer of the Year in 1972 and 1977. By the time he retired in 1983, Beckenbauer had played 396 games for Bayern Munich. This period covered 1965-1977, and he scored a total of 44 goals. He played 424 games for West German Bundesliga between 1965-1977 and Hamburger SV between 1980-1982. Beckenbauer played for the New Cosmos between 1977 and 1983. While Pelé played for the club during the 1977 season.

Beckenbauer scored four goals in the 1966 World Cup. He was European Footballer of the Year in 1972 when Bayern Munich won the European Championship. They also won Bundesliga and the German Cup that year. Again, in 1973, he was in the team which won Bundesliga and the German Cup. Then in 1974, Beckenbauer captained West Germany when they won the World Cup. In 1976, he was the European Footballer of the Year. When playing for the New York Cosmos in 1977, he won the North American Soccer League Most Valuable Player title. In 1982, Hamburg wins the Bundesliga and German Cup.

Beckenbauer has had three significant partners. In 1966 he married Brigitte, they had two children before divorcing in 1990. He then married Sybille in 1990, and they divorced in 2004. His current wife is Heidi Burmester. Beckenbauer married Heidi in 2006 and have had two children (August b.2000 and Antonie (b.2003). All in all, Beckenbauer has five children. His firstborn child is Thomas (1963) from his early relationship with Ingrid Grönke. Michael (b.1966) and Stefan (b.1968-d.2015) were born during his marriage to Brigitte. Son Stefan Beckenbauer died of a brain tumor in 2015.

Beckenbauer had a huge influence on the modern game. He is the acknowledged instigator of the modern day sweeper, a defensive move in football. He is also the only person to have participated in and won the World Cup as a player and as a manager. He was the captain of the West German team when they won the World Cup and the European Championship. He was also captain when his club Bayern Munich won three successive European Cups as well as the European Winners Cup.

There was a controversy in 2016 when it was discovered that Franz Beckenbauer had been paid Euros 5.5 million for his role in organizing the 2006 World Cup. This was the latest in what was turning out to be a very embarrassing time for the football great (The Independent Newspaper). In June 2014 the FIFA

Banned Beckenbauer for 90 days from an football related activity. This was because he was refusing to cooperate into a corruption inquiry involving the World Cup bids of Russia (2018) and Qatar (2106).

In 2016, Beckenbauer was warned by the FIFA Ethics Committee and fined CHF 7,000. In March the Ethics Committee opened formal proceedings in relation to the awarding of the 2006 World Cup to Germany. Beckenbauer as head of the organizing committee had a case to answer.