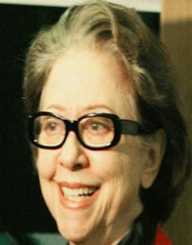 Fernanda Montenegro is the most acclaimed actress from South America. With a career spanning over 60 years, her portrait is synonymous with the film industry in Latin America.

At birth, Fernanda Montenegro was named Arlete Pinheiro. She later took up the name Fernanda Montenegro for her professional work. She was born on October 16, 1929, in Rio De Janeiro, Brazil. She was a daughter of Brazilians from two European ancestries. Her father Vitorio Esteves da Silva traced his roots to Portugal. On the other hand, her mother Carmen was a descendant of Italian parentage.

At the age of 16 in 1945, Fernanda Montenegro got a role in a local play. The play which was aired on the state radio was her first ever acting experience. This made her an instant celebrity in her hometown. Using her knowledge of the English language, she started translating many foreign plays into Portuguese. Throughout the late 1940s, she was in the audio radio productions.

Fernanda Montenegro went into the stage acting in 1950. She featured in the play Happy Songs on the Mountain. It was during the theater productions that she became friends with other great actors. One of them Fernando Torres would become her future husband. The others were Sergio Britto, Natalia Thimberg and Italo Rossi. One year into acting, she was hired as an anchor by a television station. Tupi Television was a pioneer in Brazil. The station which was hardly one year old was the first in Brazil. This made her one of the most known figures in the country.

After a stint as a television personality, she left Rio for Sao Paulo. In her new city, she continued in her stage acting.

Fernanda Montenegro featured in many television productions. Her maiden appearance was in 1963. This was in a soap opera. From there, she became a regular client for many television directors. For over 20 years, she was in the casting of television dramas and films. Many of her productions were in Portuguese; hence they never went beyond the borders of Brazil. She then returned to the stage productions in 1970. But this was only for a brief stint.

Montenegro launched her film career in the 1960s. In 1965, she got a lead actress role in the movie The Dead. The movie earned her the first award of her illustrious career. She got the Candago Award for her role as the lead actress. She continued acting in many other productions, earning herself many local awards.

Fernanda Montenegro's breakthrough into the international market came in 1998. This was in the production Central Station. Casting as Dora, she got universal acclamation for her performance. Montenegro swept all the local awards. The film was nominated in many film festivals including Havana, Los Angeles, London, Paris, Lisbon, and Berlin. She remains as the only native Portuguese film speaking nominee in the Grammy Awards.

She went on to have leading roles in many movies. Montenegro was at one time given the role of Mary, the mother of Jesus Christ. This happened in the film Sweet Mother in 2013.

In her career, Fernanda Montenegro has been awarded numerous accolades. The topmost was the double Grammy and Golden Award nominations in 1999. In all, she is the most decorated actress from Brazil. She has been nominated for film awards eight times. Montenegro has won 26 awards and medals from several organizations throughout the American continent.

Fernanda Montenegro was married to Fernando Torres in 1954. The couple stayed together until the passing on of Torres in 2008. She was left with two children; Fernanda and Claudio. Having retired from active acting, Montenegro is deeply involved in the promotion of theater and stage acting all over Brazil.

Currently, she lives in her home in Rio de Janeiro in Brazil.

Despite her advanced age of 88 years, Fernanda Montenegro is still active in her country. Her influence in the Brazilian society is immense. At one time in the 1980s, she was nominated for a national government cabinet post. She turned it down. To her, acting was her gift to society.

With her late husband, she translated many plays into the Portuguese language. This helped most of the locals enjoy exotic plays. Consequently, foreign writers got to penetrate the Brazilian market. Thus she made a network of both local and international operatives.

To ensure her legacy does not fade away, she has documented career biography in a book.