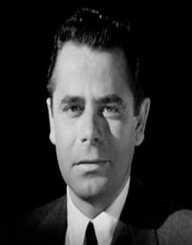 Glenn Ford rose to fame after World War II. He featured in various roles of different movies. His 50 years career saw him star in more than 100 films.

He was born Gwyllyn Samuel Newton "Glenn" Ford on 1st May 1916 in Portneuf, Quebec, Canada.  His father worked as a motorman for an electric company in California until his demise in 1940.

After completing his High School Education, he began trying his luck in the film industry. He worked with various local theatre groups, later managing to get his first role in fil in the year 1939 in film Heaven with a Barbed Wire Fence.

After Glenn Ford's impression in the movie Heaven with a Barbed Wire Fence, he got an invitation from John Cromwell, a film director who wanted him to feature in his drama So Ends Our Night.

Despite his fear of losing ground in his acting career, he still went ahead to serve his country. He began his active duty as a marine in March 1943.

Ford was later offered a chance to be an officer, but he declined stating that it would look like preferential treatment. He instead chose to work as a private Marine.

Even though Glenn Ford's time in the military was not, as combative as he had expected, he was awarded the Asiatic-Pacific and American Campaign Medal, an award that was given to anyone one who had served in the military in 1941.

After his military career, he went back to the acting career, taking lead roles in various genres including, in 1946. Seven years later he featured in The Big Heat.

In 1955 he featured in Blackboard Jungle which was followed a year later by The Teahouse of the August Moon.

He married Cynthia Ford on September 10th, 1966 and divorced three years later. His last marriage was with Jeanne Baus on March 1993. Their relationship, however, lasted for only one year.

In the last years of his life, Glenn Ford suffered a series stroke, which led to multiple health problems. Glenn Ford died in Beverley Hills on 30th August 2006.