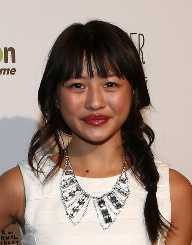 Haley Tju was born on February 15, 2001, in California, United States of America. She is an American actress who has featured in movies and sitcoms on Disney and Nickelodeon. She has four siblings namely, Lauren, Katelynn, Brianne, and Christopher. Her sister Brianne is also an actress in Disney. She is a natural performer, and she is loved by many because of her personality. She is fifteen years old, and she is Asian American. She started her acting career when she was seven years old, and since then she has not looked back. She is also a voice actor and a singer. She is talented in almost every sphere of her acting career.

Haley Tju had wanted to pursue an acting career since she was very young. She started acting when she appeared in a Pizza Hut National Commercial that showed her potential. Her acting debut, however, came when she was seven years old when she appeared in the Disney series ‘Hannah Montana’ which featured Miley Cyrus as the lead actress. Her role in the series impressed many people, and even critics loved her performance. Her appearance in ‘Hannah Montana’ opened her career path. She became popular among her mates and youths who loved watching the show. She later appeared in another hit show, ABC’s ‘Desperate Housewives.’

In 2010, Haley Tju went back to Disney and starred in the sitcom ‘The Suite Life on Deck.’ In the sitcom, she played the childhood of Brenda Song’s character, London Tipton. In the same year, she starred as Rose in the thriller ‘Burning Palms’. Tju became very popular and famous all over the United States. She is loved by many because she has a very nice personality. In 2013, she lent her voice as Sqweep in the hit Nickelodeon series ‘Monsters vs. Aliens.’ Her voice in the series was loved by many, and it became a landmark in her career.

In 2015, Haley Tju landed a role in the Nickelodeon special ‘The Massively Mixed-Up Middle School Mystery’ where she starred as one of the three young detectives in the special. She also stars on the ongoing Nickelodeon sitcom ‘Bella and the Bulldogs.’ Tju is not looking back, and she is determined to take her career to the next level.

Haley Tju is a beautiful and charming lady. She has a personality that attracts people to her. She is humble in her dealings, and she is optimistic in everything that she does. She has shown her ability to act in the movies, and television shows that she has appeared in. She is not looking back, and she is ready to advance her career to the next level. She is Asian American, and like any other American Actress, she has tried her best to be on the same level as the rest of the American actresses. She is a seasoned performer as her voice artistry, and her popularity as a Disney regular validate her. She is a loved Disney girl by most youths as she fits any role that is thrown at her.

Haley Tju is an American actress that appears on Disney and Nickelodeon shows and movies. She has made a career for herself in acting, and she is also a good voice artist. She is also a good singer as she can break out with a song at any time. She loves her elder sister Brianne who is her inspiration. Her sister is also an actress who has starred in shows such as ‘Liv and Maddie.’ Brianne and Tju co-starred in ‘The Massively Mixed-Up Middle School Mystery.

The year 2017 looks good for Haley Tju, and she has a lot of things planned that she has to achieve. She has an array of projects lined up and several others in the pipeline. In the same year, she will appear in the hit television movie ‘Rufus.’ It is not known whether she is dating anyone. She is a force to be reckoned with as she is not relenting on what she loves doing most and that is acting.