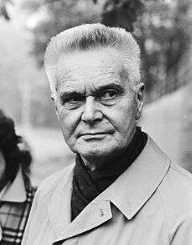 William Vickrey was born on June 21, 1914, in Victoria, British Columbia, Canada. However, he spent most of his life in the United States, as his family moved to New York state when he was still an infant.

William Vickrey attended the Phillips Andover Academy for his high school studies. He eventually graduated from this school in 1931. After finishing high school, Vickery went on to attend Yale University. There, he earned a bachelor’s degree in mathematics. He graduated with this degree in 1935.

In the fall of 1935, William Vickrey went on to study at the Columbia University. He later earned a master’s degree in economics from this school in 1937. After earning his degree, he went into the workforce, only to later study at the same school to pursue his doctorate. He earned his Ph.D. in 1947.

In 1937, William Vickrey earned one of his first professional jobs. He began working at the US Treasury Department on the National Resources Planning Board. He worked there until 1946. While there, he worked on various tax issues for the American people. He believed that the rich should be taxed more than the poor and that their taxes should be used to benefit the poor. In 1946, he began teaching at Columbia University as a lecturer. While there, he continued his education to earn his Ph.D., teach, and research. A year after he earned his degree, he was promoted to the position of assistant professor at the same university.

In 1949, William Vickrey got involved with the tax business again, while he continued to work at Columbia University. Many of his tax missions involved helping countries affected by World War II decide what their postwar structure for taxes would be. He worked mostly with Asian countries.

He was promoted again at Columbia University in 1950 to the post of associate professor. In the early 1950’s, William Vickrey suggested the idea of congestion pricing. This was the idea that tolls and tickets for transportation should cost more when many people are using a service, but less when fewer people are using the same service or road. Near the end of the 1950’s, William Vickrey traveled to New York to study urban planning and transportation methods. He would later travel to South America and India to study transportation around the world. He also studied general technologies that ran on electricity in the places that he visited. From all that he observed, he made theories on how electricity could be better priced and used for the general public.

In 1964, William Vickrey became a chairman of the Department of Economics at Columbia University. He stayed with this post until 1967. He was promoted to the post of McVickar professor in 1971.

In 1982, retired from Columbia University with the title of Emeritus Professor. William Vickrey came back to the school to lecture occasionally. He would also often participate in conferences and other academic events. He continued to do these things until his death in 1996.

Over the course of his long career, William Vickrey wrote several books and over a hundred articles. Some of his most well-known publications are listed below.

William Vickrey earned the Nobel Prize in Economics (shared with James Mirrlees) in 1996.

He had an honorary degree from the University of Chicago.