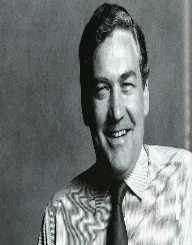 Conrad Black was a former famous Canadian publisher and author born in 1944. He was once also a proud controller of The Chicago Sun-Times and The London Daily Telegraph. This was before he was imprisoned on charges of felony. These were among the top-ranked newspapers at the time. His life is of great contrast, from a respectable and successful publisher and author to imprisonment. He studied in the best schools had come from a sophisticated family. He was quite clever in school but still developed bad habits in college which led to his expansion. The idea of easy money tempted him. He then stole and sold exam papers to other students. He carried on with this habit later in life. Most of the companies he had worked in as a manager were investigated for irregularities. He was found guilty

Conrad Black was born on August 25, 1944. His place of birth was in Montreal, Canada. His parents were George Black and Elizabeth Riley. His father worked at a breweries company named Canadian Winnipeg. He was the president. He died in 1976. His mother, on the other hand, came from a rich family. Black has one brother.

Conrad Black studied at Upper Canada College. He was later expelled from the institution. This was after they discovered his business in stealing and selling of exam papers. He carried on with the same bad habits to Trinity College School. This is where he attended after he was first expelled. He was again expelled for the second time. He was transferred from school to school and at last, joined Universite Laval. He graduated in 1970 with a degree in law. Later in 1973, he graduated from McGill University with a master’s degree in history

Conrad Black was the founder of Sterling Newspapers Ltd. Along with two other partners Peter White and Radler. In 1977 he worked in the Canadian Imperial Bank of Commerce as the director. He bought Argus in 1978 after McDougald a co-founder of the company died. This was a huge business step for Black given that Argus was among the leading business establishments in Canada.

In 1985 Conrad Black was the controller of Daily Telegraph in Britain. He established Hollinger Inc. in 1986. He later stepped down from the CEO position he had been holding in the company. Irregularities had occurred regarding unauthorized payments that had been made to him together with his partner Radler. He was fired from the company in 2004 for leading the company to a great loss.

Towards the end of 204, a lawsuit was filed against him for fraud. He was found guilty after a trial at U.S. District Court in Chicago. He was then imprisoned for 6.5 years. He was also to compensate Hollinger with $6.1 million. Fortunately, he behaved himself in jail hence served a shorter sentence. He was a free man again in May 2012.

Conrad Black wedded Joanna Hishon. Conrad Black met Joanna in 1978 while she was a secretary at his brother’s office. They were blessed with three children. They later divorced in 1992 upon which he married Barbara Amiel.