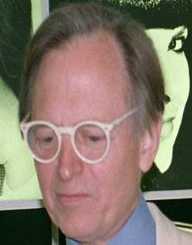 Tom Kennerly Wolfe Jr., was born on March 2, 1930, in Richmond, Virginia to Thomas Kennerly Wolfe Sr., and Helen Perkins Hughes Wolfe.  Growing up, he decided he wanted to be a writer at seven years old because that is what Daddy did.

When he got to St. Christopher high school Tom found out he was good at sports. So he also was editor of the school newspaper. He tried out to be a pitcher for the New York Giants but was cut from the team. Upon graduating high school he went to Washington Lee University. He graduated the university in 1951 with a B.A., in English. Then he attended Yale University to obtain his Ph.D., in 1957.

After receiving his doctoral degree, Tom Wolfe worked a couple of jobs and then started working as a reporter for the Springfield Union newspaper in Massachusetts in 1956, the year before to finish his thesis. Following, the Springfield Union he worked for the Washington Post in 1959 and the New York Herald Tribune. He worked for ten years straight as a news reporter.

While at the University, he pledged and joined the Kappa Sigma Fraternity. He also founded a literary magazine-Shenandoah.

Also in 1962, there was a newspaper strike in New York City. To keep working that year and into 1963, Tom Wolfe wrote a series of articles for Esquire. For some reason when it came time to write the actual article, Tom couldn’t. So he sent an email to Byron Dobey telling him that all he wanted to say. Byron printed the email as it was sans the email heading. Later that year, he published his first book that was based on his work.

For journalists, Tom Wolfe is an important- part of their education. He started the New Journalism movement for newspaper journalist. Tom Wolfe wrote in the style of New Journalism which was a combination of different writing techniques and methods. It consisted of a walk through exactly what the subject of his article was doing at the time he was writing it.

This enabled him to follow his subject and get a better article, whether it was an in-depth story or investigative reporting or a good run of the mill newspaper journalism. Out of the New Journalism movement came a new collection of articles for a book. He and E.W. Johnson edited the article for a new book called New Journalism published in 1973.

Tom Wolfe authored many books based on his articles. In 1965, a collection of articles on New Journalism was published. In 1968, he also published his “defining” work The Electric Kool-Aid Acid Test. This book discussed the era of the 1960’s.  In the year 1970, he published another book on the status of welfare in the country with a look from the perspective of raising money for the Black Panther Party (BPP). In 1979, his bestseller The Right Stuff was published. In the year 1983, it became a film of the same title.

In 1981 Wolfe decided to stop working as a reporter and concentrate on writing a novel. To write it, he followed the work of a homicide squad. As he started to write, he couldn’t. Having writer’s block led him to contact an editor who offered him money to write a series of articles which he did for the Rolling Stone.

He wrote his next best seller the Bonfire of the Vanities which was published in 1987. Following that, he wrote two more books in 1998 and 2004.

Tom Wolfe had a signature look just as much as we attribute to Diane Keaton’s characters in film and how she dresses in real life. He always wore a white suit and a hat. He reasoned that people he followed for a story didn’t seem to be bothered by him. He appeared innocuous.

In his private life, he met and married Sheila Berger Wolfe. From that union, they had two children- a daughter Alexandra and a son Tommy.

Tom Wolfe became an essential disseminator of new journalism. Not only that, he wrote 13 non-fiction books. He wrote four novels. Tom Wolfe is featured in 20 documentaries and movies. He also wrote 11 crucial articles.

Tom Wolfe to many encapsulates the feelings and life of the country for five decades. And he did it during drug-free.

In total, he wrote 315 articles for the Washington Post. For his entire career, his topics were: The Postwar Era, Money, Stature, The 60’s, Racial Differences, Sexuality, Men, Being Strong, Devoted and patriotism.