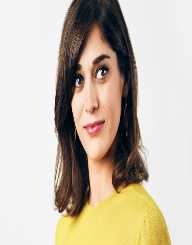 Elizabeth Anne “Lizzy” Caplan was born on June 30, 1982, in Los Angeles, California. She grew up in the Miracle Mile district of the town. Her father was a lawyer, and her mother worked as a political aide. She also has an older brother Benjamin and a sister Julie. She and her family are Reform Jews.

When Caplan was 13 years old, her mother died. She attended Alexander Hamilton High School and studied at its Academy of Music. Her first focus was on piano playing, but later Caplan decided to pursue drama. Besides her artistic activities, she also played soccer. Caplan graduated in 2000 but did not go to college, wanting to focus on her acting career.

Caplan’s first on-screen performance, which marked the beginning of her career was in the 1999 television series Freaks and Geeks. The series was critically acclaimed, and her character Sara became the girlfriend of Jason Segel’s character. After the success of Freaks and Geeks, Caplan made several appearances in other television shows. She also starred in Jason Mraz’s music video You and I Both. Her first film was From Where I Sit, which was released for TV audiences in 2000. During this time, she also made guest appearances on Smallville and Once and Again. In 2003, Caplan was cast in the television series The Pitts as Faith Pitt. Caplan’s breakthrough performance was in the 2004 film Mean Girls.

In 2006, Caplan starred in the thriller Love is the Drug, and was named one of the Ten Actors to Watch by Variety magazine. She was also cast in the comedy-drama Related on The WB, but the show ran only for one season. After this, she starred in the CBS sitcom The Class.

In 2008, Caplan was cast as Marlena Diamond in Cloverfield. For her role, the young actress was nominated for Saturn Award Best Supporting Actress. She also appeared in the romantic comedy My Best Friend’s Girl, and guest starred on the HBO vampire show True Blood. Caplan also tried out her talent as a voice actor in the animated film The Pitts. In 2010, she had a small role in 127 Hours. In 2012, two of her films premieres at the Sundance Film Festival- Save the Date and Bachelorette.

In 2013, Caplan was cast in the Showtime series Masters of Sex as the 1960s human sexuality pioneer Virginia Johnson. The show became a major hit and earned Caplan her first nomination for Primetime Emmy Award for Outstanding Lead Actress in a Drama Series. She was later also nominated for Satellite Award and Critics’ Choice Television Award. In the show, Caplan has appeared in several nude scenes and in interviews admitted that she likes to be portrayed that way.

From 2006 to 2012, Caplan dated actor Matthew Perry. The couple split up, and in 2015, she began dating actor Tom Riley. The couple became engaged in 2016. She is also the godmother of Busy Philipps and Marc Silverstein’s daughter.