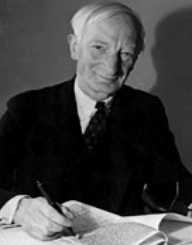 Sir William Beveridge was born on the 5 March 1879 in Bengal, India. His father was a judge in the Indian Civil Service.

William Beveridge was a lawyer who attended Charterhouse and Balliol College, Oxford.

From 1903 until 1905 William Beveridge was a sub-warden of Toynbee Hall in the East End of London. The poverty he observed during these years was to have a life-long impact on his politics and endeavors relating to social justice and hardship.

He became a member of the UK Board of Trade in 1908 and during the period 1909-1916, he focused on social security and unemployment. He was involved in the Labour Exchange Act (1909) as well as the National Insurance Act (1911). During World War I (1914-1919) he was involved in the mobilization of troops and allocation of manpower.

William Beveridge was appointed Director of the London School of Economics in 1919. From 1937 until 1940 he was a master at University College, Oxford. Then in 1940, he joined the government.

In the early 1940s, the British government commissioned William Beveridge to produce a report on ways to rebuild the country after World War II, and the Beveridge Report was presented to Parliament in November 1942. The report identified the elimination of five problems: want, disease, ignorance, squalor and idleness and the focus of the report was what Beveridge termed the abolition of want.

When the Labour Party came to power in Britain in 1945, Prime Minister Clement Attlee used the 1942 Beveridge Report to justify the introduction of the welfare state. In 1948 a National Health Service was introduced, which provided free medical treatment for all citizens. Another initiative was the social security system which provided the population with what was termed cradle to grave security.

William Beveridge was a believer in full employment and saw this as part of the welfare programme. He published a report entitled Full Employment in a Free Society in 1944.

He became a Liberal Member of Parliament for Berwick-upon-Tweed in 1944 but lost his seat in 1945.

After becoming a peer in 1946, William Beveridge served as the leader of the Liberals in the House of Lords.

William Beveridge died on the 16 March 1963. He was eighty-four years of age.