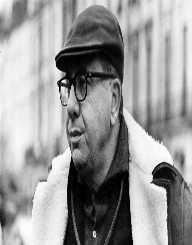 Martin Ritt was born on March 2nd, 1914. His place of birth was in the New York City, in United States. Both of his parents were of Jewish descent and that they were immigrants. He went for his early education at DeWitt Clinton High School. After this he went for his higher education at Elon College where he also played football. For a short period of time, he also took law studies at St. John’s University. It is after this that he began his theatrical career.

Martin Ritt ventured into his on-stage career in 1935. This time the production that he was working with was the Federal Theatre Project sponsored by Works Progress Administration –WPA. He partly worked with Theatre of Action during the same time.

The Great Depression affected their work progress and Ritt found it cumbersome to land on important stage roles. This influenced his decision to work with the Theatre of Arts before later proceeding to Group Theater situated in New York. While working here, he crossed paths with Elia Kazan. This led to his cast in the Golden Boy. Social and political inclination was strongly influenced during this time. This would thereafter have an impact in the films that he directed. His alliance with Kazan was maintained for about ten years. This would have an impact in earning himself recognition with the studio.

At the onset of World War II, Ritt offered his services to the U.S. Army Air Forces. This was also an opportunity for him to appear on stage with the Broadway staged by the Air Forces. It was also around this time that he featured in the movie called Winged Victory. Shortly after, he directed a play dubbed Yellow Jack. This was one of Sidney Kingsley’s productions.

Martin Ritt relied on his play directing prowess and ventured into the TV industry. By this time, he had directed hundreds of plays and had sufficient experience to work in a different industry. By the year 1952, he engaged in multiple professions including acting, producing and directing. Soon controversy followed him and that he was accused of helping the communist party. It did not take time before he was blacklisted from the TV industry. This occurred after a Syracuse grocer alleged that Ritt had donated some funds to Communist China. Following his ban, Ritt resorted to teach at the Actors Studio. This was one of the ways he supported himself during this difficult period in his career.

Seeing that he could not work in the TV industry, Ritt was back to theatre business for a period of about five years. Later, he turned his head to the film industry as a director. His debut film that he directed was the 1957 film called Edge of the City. This film featured several themes that would later act as basis to Ritt’s directing career. The film’s theme was on racism, government intimidation and corruption. His first role as a director was an opportunity opener to him as he went on to successfully direct about 25 films.

Martin Ritt passed away on December 8th, in 1990. He had succumbed to a heart problem that led to his death at the age of 76 years.