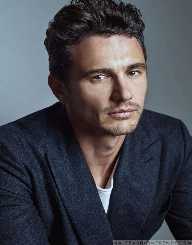 James Edward Franco is known as a versatile and incredible young actor with unique talent. Franco has managed to pen his name permanently in Hollywood. He is rightly known for his major work on the NBC series as well as Never Been Kissed in 1999. James comes with a defined posture for classic movies. He has entirely relied on the Film, Dance and Theatre industry for over a decade. For this reason, James played the TNT film and later won a Golden Globe Award in 2012.

On April 19, 1978, James Franco was born in California, Palo Alto, United States. He has spent his days in California unlike in other towns. His parents, Betsy Luo an author and Doug worked at Security foam before his death in 2011. James loved everything to do with mathematics, and he landed an internship at Lockheed Martin.

James went to Palo Alto High School. He used to commit petty crimes that got him into the hands of the law. Franco later joined the University of California in Los Angeles. He majored in English department but didn’t manage to graduate. He dropped out midway to focus on his main career-acting.

While still in high school James Franco was arrested for graffiti and underage drinking. The result made him be placed under a licensed instructor. In his teenage life, Franco loved to paint while he was attending the Summer School of Arts. He later learned to screen-write at the UCLA.

James Franco concentrated on his acting lessons while still working at part-time intervals at McDonald's. He then enrolled at the University and graduated in 2008. James was lucky to learn several acting tricks under Tony, Robert Carnegie, and Jeff Goldblum. During his spare time, James used to practice at the Playhouse West located in North Hollywood.

James later landed an acting role on Freaks and Greeks, where he was crowned for incredible performance. He continued to play a series of characters. He also appeared in whatever it takes where he met the love of his life Marla Sokoloff, an actor. From 2000 and 2003, Franco was seen in more than three films and series.

In 2010, James earned an Academy Award nominee for his ‘127 Hours’ role. He later appeared in ‘Planet of the Apes’ in 2011 which also did well. He now has a recurring role in one of the ABC show ‘General Hospital.' James managed to venture into other areas such as directing the Stephen Elliot film ‘The Adderall Diaries,' ‘Night Stalker’ and much more. He has also managed to lead project and multimedia expeditions. Before the end of 2010, James wrote his first book called Palo Alto: Stories’.

James Franco’s first marriage with Maria Sokoloff went haywire when he got engaged to Ahna O’Reilly. They later ended the relationship in 2011. For him to successfully appear in the ‘James Dean’ film; James Franco started to practice his acting role early. He used to smoke two packs of cigars a day, played guitar, rode a motorcycle and changed his hair color in blond. For his determination and hard work he also prepared for eight months by exercising just to play safely in the ‘Annapolis’ film. In the process, he learned horseback riding as well as sword fighting before playing ‘Tristan and Isolde.