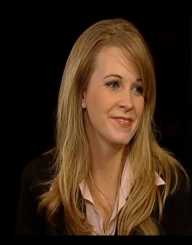 Jessica Lynch was born on 26th April 1983, to Gregory and Deidre Lynch. She was born in Palestine, West Virginia, in the United States. Jessica Lynch had an older brother, and both her brother and herself were unable to attend college due to the family not having enough money. Although her brother had initially started college, he had to drop out for financial reasons.

Jessica Lynch’s family had discussions with a career advisor from the military in 2000, and in 2001, Jessica Lynch began basic training at Fort Jackson, located in South Carolina. Once her basic training was finished, she transferred to the Quartermaster Corps at Fort Lee in Virginia, where she trained as a Unit Supply Specialist.

Jessica Lynch was called to serve in Iraq. In March 2003, she was part of a convoy that was traveling near Nasiriyah. They took a wrong turn and were ambushed. Lori Piestewa, Lynch’s best friend, was driving, and she was killed. Ten other soldiers were also killed.

After the car, she was traveling in got hit by a rocket-propelled grenade and crashed,  Jessica Lynch was seriously injured. She was captured by Iraqi forces as a prisoner of war.

Jessica Lynch was held in custody by the Iraqi army, and she was taken to hospital sometime later. She was looked after by the hospital staff, who tried to protect her from the military and government officials using the hospital as a base for their military operations.

An Iraqi lawyer names Mohammed Odeh al Rehaiefinformed the Americans where  Jessica Lynch was being held. Rehaief and his family were granted asylum for his part in Lynch being located and rescued.

Return To the U.S.

Jessica Lynch was transferred from the Middle East to Germany, where she rested in a medical facility and had an operation on her back. Her parents flew over to be with her. On 12th April 2003,  Jessica Lynch was flown to Washington. She underwent treatment and rehabilitation at the Walter Reed Army Medical Center.

There were mixed reports of what happened when  Jessica Lynch was captured. Initially, the reports said that she fought back, reports later said she had not fought at all.  Jessica Lynch herself confirmed she didn’t fire her weapon because it jammed. Initially welcomed by the public, she started getting mail condemning her and accusing her of inventing the heroic acts she was said to have completed. The media bias has also been highlighted. While Jessica Lynch received an overwhelming amount of media attention, Piestewa, a Hopi Indian and single mother from a poor background, and another soldier, Shoshana Johnson, a black woman and a single mother, received hardly any media coverage.

Jessica Lynch gave testimony at congressional hearings in April 2007. Journalist, Rick Bragg, released an authorized biography called, I Am A Soldier Too: The Jessica Lynch Story. It is claimed that  Jessica Lynch was raped during her captivity when she was initially unconscious. The claim is based on medical records and her injuries.

Jessica Lynch received several military honors, some of which include, the Purple Heart, the Bronze Star, and the Prisoner of War Medal, amongst others.

Due to her military service, Jessica Lynch was awarded a full scholarship to West Virginia University. In 2011, she graduated with a Bachelor of Arts Degree, majoring in Elementary Education.

Since 2015,  Jessica Lynch has worked as a substitute teacher on occasion, but she earns most of her income from being a motivational speaker. Jessica Lynch suffers from post-traumatic stress syndrome.

Back in 2007,  Jessica Lynch gave birth to a daughter, and named her Dakota Ann, in memory of her friend Piestewa, who died in the ambush that fateful day.