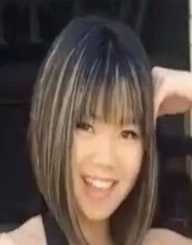 Bailey Sok was born on February 24, 2004, in California, United States of America. She is an American You Tuber and dancer. She is thirteen years old.  She started her dancing career when she was only six years old by competing in National level dance competitions. She has worked with major choreographers in the dance industry and also with big dance crews. She has more than twenty nine thousand subscribers to her YouTube channel. She also has more than two hundred and thirty thousand followers on her Instagram account.

Bailey Sok started her career when she was only six years. She began by participating in National level dance competitions where she could showcase her talent. She is quick at learning new dance skills and manoeuvres. She is flexible, and that is what adds to her excellent dancing ability. She was trained by a very talented and professional choreographer, Molly Long, courtesy of her parents. Her parents have been very supportive towards the development of her career. Molly Long had won the World Dance Championship Series, and so she is a renowned dancer with excellent skills. At the age of six, the YouTube video of Bailey performing at the KAR Dance Competition was viewed more than fifty five thousand times, and that is how she instantly became famous and popular in the United States of America.

Bailey Sok has made a career for herself by participating in small scale competitions to being part of world renowned reality and dance shows. She was a former member of the dance group known as ‘Dance Precisions.’ She is currently a member of the dance group ‘Just Plain Dancin’. She has mastered the art of ballet dancing, but of late she has neeb shifting her focus to Hip Hop. She is seen in her videos on her YouTube Channel doing Hip Hop dance routines with Matt Steffanina, a renowned trainer. At the age of thirteen, she had shown a lot of potential in having a career in dancing, and she is not looking back.

Bailey Sok is charming, beautiful, bubbly and hardworking. She has a personality that attracts many people to her. She is also aggressive and energetic, traits that can be seen in her while she is performing her dance moves. She is always happy and positive mind as she does not like to stress herself too much. She is an inspiration to many young kids and youths who want to be just like her. She is always ready to try new dance moves even if they seem hard.

Bailey Sok does not miss out on her training sessions and works so rigorously to achieve the best in her career. She also loves helping her fellow dancers out when they are stuck. Bailey also received a lot of attention when she appeared on the Television show ‘America’s Got Talent.’  In the show, she was part of a dance group known as ‘Buns and Roses.’ The group did not win the title, but she surely made her way into the hearts of the audience and the judges. She became even more popular after the show.

Bailey Sok was born in California. Nothing much is known about her family but only the fact that her mother is the one who manages her social media accounts. She trains at the Millennium Dance Complex and the International Dance Academy in Hollywood. When she is not training, she is always on the golf course. She loves playing golf as she started playing the game while she was only five years old.