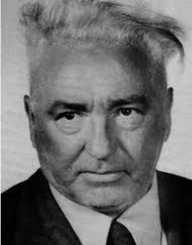 Wilhelm Reich was born in Dobrzcynica in Galicia on March 27, 1897. Galicia was then part of the defunct Austro-Hungarian Empire. Today the town of Dobrzcynica is part of Ukraine. His parents were converts to Judaism who spoke German than Yiddish. His father owned a cattle ranch in Bukovina. Reich grew up on the farm and was educated by private tutors.

In 1910, his mother committed suicide after his father discovered her illicit affair with one of the tutors. Reich went to a boys’ boarding school in Czernowitz for his secondary education. In 1914, Reich lost his father to a bout of tuberculosis. He left his home in 1915 to join the Austrian Army to fight in WW1.

After the end of WW2, Reich returned to Vienna. In 1918, he joined the University of Vienna to study human medicine. In 1919 he joined the Vienna Psychoanalytic Association at the behest of a friend. He graduated from the university with a medical degree in 1922. He lectured in seminars on the topic of psychoanalysis in different colleges in Vienna. He practiced clinical psychoanalysis majoring on sex counseling.

He was an early 20th-century controversial Austrian scientist, neurologist, and psychoanalyst who brought forth radical theories in his career.

After the end of WW2, Reich returned to Vienna. In 1918, he joined the University of Vienna to study human medicine. In 1919 he joined the Vienna Psychoanalytic Association at the behest of a friend. He graduated from the university with a medical degree in 1922. He lectured in seminars on the topic of psychoanalysis in different colleges in Vienna. He practiced clinical psychoanalysis majoring on sex counseling.

Wilhelm Reich joined the Austrian Communist Party in 1928. He founded the Socialist Society of Sexual Advice and Research later in 1928. The following year, he traveled to the Soviet Union to work with the Russian teacher Vera Schmidt. Schmidt was famous for using psychoanalytical techniques on her pupils in school. After one year of studying the effects on the school children, Reich returned to Vienna. He left Vienna for Berlin where he practiced clinical psychoanalysis. He also became a vocal advocate of the Communist party.

In 1931 he published a booklet titled The Sexual Struggle of the Young. Reich advocated the sexual liberation of the youth from the strict ethics laid down by society. The following year, he published another booklet The Invasion of Compulsory Sexual Morality. He discussed how the moral traditions and expectations of society inhibit sexual explorations of the human mind.

He published a political booklet the Mass Psychology of Fascism and Character Analysis. The Nazi administration in Germany interpreted it as an attack on its ideology. Reich was expelled from Berlin and fled to Sweden. He later moved to Copenhagen in Denmark.

In 1934, he became besieged in Denmark. Reich was expelled from the International Psychoanalytical Association for his unorthodox views on morality. He relocated to Norway after being denied access in several European countries. He became a lecturer at the University of Oslo for a few years. Reich braved a propagandist campaign against him led by Nazi operatives in Norway. He became a target of anti-Semitism campaigners who labeled him as a pornographic Jew.

He fled Norway and settled in the US in 1939. He constructed his research laboratory in Maine, which he nicknamed the Organon. He used his laboratory to research, treat patients, and wage a campaign against the fascist regimes in Europe. After the fall of the Nazi in Europe, Reich concentrated on researching cancer in addition to his psychoanalytical studies. He added vegetotherapy in his clinical practice. He advocated for the domestic use of vegetables for a healthy life.

He visited the Arizona desert to study the formation of matter and the cosmic galaxy. Reich hoped to uncover the environmental problems by understanding how the original matter is formed. His venture into cosmic studies yielded very little results. Reich returned to his clinical and publishing work.

In 1948 he published the book The Function of Orgasm. He also published a detailed finding of his research in cancer in the book The Biopathy of Cancer. He continued in his controversial path in publishing the book The Sexual Revolution.

He discussed the liberties enjoyed when the traditional norms around sexual activities are discarded. In 1951, he wrote his first book on the cosmic creation. The book titled Ether, God, and Devil, and Cosmic Superimposition discussed the interrelation and differences in the scientific and religious theories of creation. In 1953 he wrote another religious publication titled The Murder of Christ and People in Trouble.

Wilhelm Reich argued that the human skin generated electric impulses during sexual pleasure. He fought for the availability of sexual contraceptives to promote maximum sexuality without risks. He preached the effects of having a constant libido in the curing of diseases and even terminal ones like cancer. He provided clinical psychoanalytical techniques like Body Psychotherapy and Bioenergetics Analysis.

Wilhelm Reich was jailed after refusing to cooperate with US federal investigators and defying court orders. He died while serving his two-year jail term on November 3, 1957.

Despite his radical theories and controversial notions, Wilhelm Reich remains a vital figure in the development of clinical psychology evolution. His ideas and theories have been studied by other psychologists and psychiatric practitioners over the years. Some of the techniques he founded have been used in clinical therapy of patients for years after his death.

Wilhelm Reich differed with the famous Austrian scientist Sigmund Freud on sexuality. Years later, the society has conformed to what Reich preached decades ago. The study of the human body psychoanalysis still revolves around his controversial theory