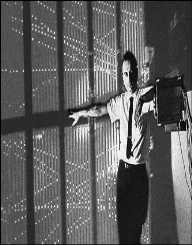 Melvin Schwartz was born on November 2nd, 1932. His childhood in New York was very difficult since Schwartz was born in the peak of the Great Depression. Although his parent’s struggled to support the family, they kept optimism and emphasized the need to give back to humanity.

Melvin Schwartz attended the Bronx High School of Science, where he excelled as a student. When he was 12 years old, Schwartz realized that he loved physics and decided to continue his education in this path. After finishing high school, Schwartz went to study at the Department of Physics at the University of Columbia. The department was at the time headed by the Nobel Prize laureate I. I. Rabi. Schwartz was introduced to Jack Steinberg who became his mentor. In 1953, Schwartz graduated with a Bachelor of Science degree. He continued his academic education and in 1958, received his Ph.D. from Columbia.

After Melvin Schwartz completed his academic studies, he joined the staff of Columbia University as an assistant professor. Just two years after that, he was promoted to associate professor and in 1963 became a full professor. During his time in Columbia, Schwartz collaborated with his colleagues Jack Steinberg and Leon Lederman on groundbreaking experiments in particle physics.

During the 1950s, many physicists attempted to study neutrinos but failed since they rarely interact with other matter. Schwartz thought that it would be easier to study these small particles if he created a beam of them in a laboratory. During the 1960s, he and his colleagues investigated this possibility at the Brookhaven National Laboratory in Long Island. They generated a stream of high-energy protons with a particle accelerator and fired at a beryllium target. This collision resulted in a stream of different particles that came out in pairs together with a neutrino. This was a groundbreaking discovery for the era. In 1988, Schwartz, Lederman, and Steinberger received the Nobel Prize in Physics.

Melvin Schwartz spent 17 years working as a professor at the Columbia University, but in 1966, he moved to work at the Stanford University. His move most mostly prompted by the completion of the SLAC accelerator at the university, which he believed would come in handy for his future experiments. At Stanford, Schwartz began investigating the charge asymmetry in the decay of kaon. His experiments succeeded in producing and detecting the hydrogen-like atoms made of a pion and a muon.

In the 1970s, Melvin Schwartz moved into the private business and founded Digital Pathways, where he served as the Chief Executive Officer. The company focused on secure management of data communications. In 1983, he left Stanford to focus on his company fully. Schwartz remained active in research and 1991 joined the Brookhaven National Laboratory as the Associate Director of High Energy and Nuclear Physics. Around the same time, he once again joined the staff of Columbia University and became the Professor of Physics. Schwartz retired in 2000.

Melvin Schwartz and his wife Marylin had three children together. He died on August 28, 2006, after several years of suffering from Parkinson’s disease and hepatitis C.

Besides receiving the Nobel Prize, Melvin Schwartz was also the recipient of Guggenheim Fellowship (1965), and in 1975, he was elected to the National Academy of Sciences.