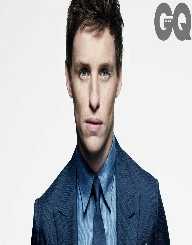 Eddie Redmayne was born on January 6, 1982. His full name is Edward John, David Redmayne. His parents are Patricia (Burke) Redmayne and Richard Charles Tunstall Redmayne. And he belongs to a large family, being only one of five children. With this many child in his family, it is somewhat surprising that he was the first of his siblings to break out into the world of acting.

Eddie Redmayne picked up an interest in acting when he was only seven years old. He saw the play Les Miserables with his family, and he was hooked on acting ever since. In interviews, he retells stories of singing the songs from the musical with his siblings, which is probably what encouraged him to audition for the 2012 movie adaptation (and got the role of Marius).

It was not actually until his teenage years that Eddie Redmayne got his first acting role, even though he had been in children’s and teen’s acting and drama classes before then. He played Workhouse Boy #40 in an onstage production of Oliver! Which was directed by Sam Mendes?

Redmayne spent time at two universities in England, one being Eton College. While at Eton, he spent some time in the college choir. He was known as a beautiful soloist, as his singing voice was magnificent. His vocal talent would later lead to prestigious roles in future movies. One famous classmate of Redmayne’s at Eton was England’s very own Prince William.

One quote that Eddie Redmayne has about his experience at Eton is this, “It's the weird thing Eton does - you're at school next to lords and earls and, in my case, Prince William, so you end up being used to dealing with those sorts of people.”

The other university that Redmayne attended was Trinity College in Cambridge. While here, he studied the history of art.

While a teenager and young adult, Eddie Redmayne worked for several modeling agencies, including Burberry, which he operated for both in 2008 and 2012.

After going to college, Eddie Redmayne became more serious about acting. His on-screen acting career started in 1998 with his role as John Hardy in the TV series Animal Ark. His first serious work wasn’t until 2005 when he played Southampton on the Elizabeth I miniseries. Some of his most famous acting roles are listed below in chronological order.

The Yellow Handkerchief, The Other Boleyn Girl, Hick, My Week with Marilyn, Les Miserables, The Theory of Everything, Fantastic Beasts and Where to Find Them

In Eddie Redmayne’s short acting career he has been nominated for 70 awards, and he has won 20 of the ones he was chosen for. Below are some of his most prestigious awards. This list only shows one award per movie, but several of his films, including The Theory of Everything and Les Miserables, earned him several honors from various groups.

Eddie Redmayne married Hannah Bagshawe in 2014. In June 2016, the couple had a girl named Iris Mary. The couple is still married to this day.

Eddie Redmayne is known for being a hilarious and down to earth actor. Some of his most famous quotes show his personality.

“I walk around talking to myself in accents. Usually, people look at me like I’m a complete fruit loop.”

“I always try to describe making movies like summer camp, or some holiday where you spend all day, every day, with a new group of people whom you kind of love and then never see again.”