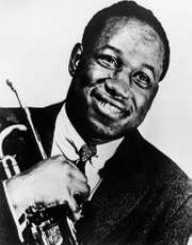 Clifford Brown is regarded as one of the most important links to musicians when it comes to playing Trumpet. He is considered as one of the best trumpeters of his time for his weird and unorthodox style where he not only incorporated but even taught his fellow musicians the ability to use the different emotions to enrich the sound of music while playing an instrument.

Throughout his short career, Clifford gave some hits. He began showcasing his talent from his early teens and grew to the grandest stage of popularity.

Clifford Benjamin Brown was born on the 30th of October in the year 1930 in Wilmington, Delaware. He had a passion for music since his childhood, and his father equally appreciated him for the same. Brown started playing trumpet around the age of 10, and his father bought him his own trumpet when he was 13 years old which was a sort of gift for entering the Howard High School.

Not only this, but he also provided him his lessons along with a band instructor Harry Andrews who played a significant role in his career as a trumpeter. But the enormous impact on his skills for playing trumpet was influenced by Robert Boysie Lowery who was also his jazz instructor as he instilled in Brown a basic understanding of jazz chords, its changes and the knack of improvising the same.

Clifford Brown was even awarded the music scholarship by the University of Delaware, and he later shifted to Maryland State College thereby playing for school’s 16-piece jazz band.

While performing for the school band, Clifford Brown even started traveling to Philadelphia, and it was there only that he started making a name for himself professionally. While traveling there, he met the Jazz legends such as Dizzy Gillespie, Fats Navarro, and Charlie “Bird” Parker; these role models played a significant role in discovering Brown as a professional Trumpeter. He grew up idolizing Navarro, and with the period Gillespie became the father figure that he needed.

What stood out for Clifford Brown was that he changed the image and reputation of jazz musicians for the generations to come. His virtuoso ability that made a mark was his nature which was very kind, equally hard- working, clean style of living and learning the habit of being humble all the time.

Like any other star, his career came to a halt temporarily when he met with a motor accident, but he soon made a recovery thereby resuming his career. He recorded his first song in 1952 using his unique ability to synergistically blend his technical expertise which helped in enriching the tone gracefully. He made an identity for himself by improvising in the long, flowing and melodic phrases.

Clifford Brown later even joined the Lionel Hampton’s Band on tour to Europe and also worked with the musicians on the west coast. He also made the team performing in duet performances with the drummer Max Roach in the year 1954 which quickly made fans for themselves and was in high demand. He was considered a wizard with a trumpet in hand for his knack of improvising and his unique ability while performing.

Between his passion for music and such gigs, Clifford Brown met with the love of his life LaRue Anderson and also ended up marrying her in the year 1954. The couple also had a child from the wedlock, and they named him Clifford Brown Jr.

When Clifford Brown was 25 years old, he again met with another car accident which proved to be fatal for him. The car skidded off the Pennsylvania Turnpike and killed Brown and Powells. His wife even reported afterward that this was the first time she was not traveling with his husband and this sad incident happened.

The way, he produced his works and their compositions including “Daahoud” and “Joy Spring” became the standards for Jazz music for the years to come.