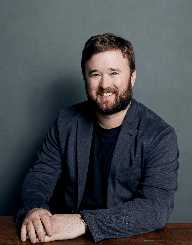 Haley Joel Osment was born on April 10th, 1988. He is famous for being an American actor. Osment had began acting right from a tender age of five years. During this time, he featured in a TV commercial. After this, he landed on some TV shows during the 90s. Accordingly, Osment took the spotlight of his career after featuring in The Sixth Sense. He has recently featured in Alpha House and Entourage.

Haley Joel Osment was born on April 10th, in 1988. His place of birth was in Los Angeles, California. His mother, Theresa worked as a school teacher. On the other hand, his father Michael Eugene Osment was a professional film actor. His parents were Birmingham, Alabama natives. Osment’s sister sibling is called Emily Osment.
At the age of five, Osment took on a Pizza Hut ad commercial. This opened doors for his acting career as he landed on a film role in Forrest Gump the following year.

By the time Osment clocked 10, he had received a number of credits owning to his remarkable acting talent. During this period, he had taken some TV roles particularly in The Jeff Foxworthy Show and Thunder Alley. He also made appearances in the film industry with films such as the Last Stand at Saber River – 1977, The Ransom of Red Chief – 1998 and Cab to Canada – 1998.

After featuring in the 1994 film called Forrest Gump, two years later Osment acted alongside Gerard Depardieu and Whoopi Goldberg in Bogus. His greatest movie that took away the hearts of many was with the role he played in The Sixth Sense. Due to the success of the film, he was given an Academy Award nod for best-supporting actor. The movie was a massive hit as it was bestowed with awards under Best Director and for Best Picture.

The following year Osment featured in I'll Remember April while taking the role of Peewee Clayton. A year later, he took a role in Pay It Forward. This was a film that was highly criticized. Other films that Osment featured in include A.I. Artificial Intelligence – 2001, Edges of the Lord – 2001, The Country Bears – 2002 and The Jungle Book 2 – 2003.

For about three years, Osment’s career was on a downhill. His career was slightly affected after he had been charged with DUI – Driving under the Influence. He received a probation sentence of three years.

After a short period of disappearance from both the film and the TV industry, Osment was back again doing what he does best- acting. Some of the recent films that he has featured in include Sex Ed – 2014, The World Made Straight – 2015, Entourage – 2015, Me Him Her – 2016 and Holding Patterns – 2016.

Osment loves golfing. This is a hobby that he gained interest in from the age of seven. He also fancies playing the piano and the guitar. He went to the Tisch School of the Arts in New York where he graduated in 2011.