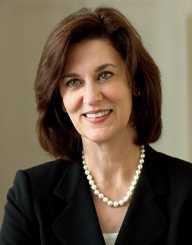 Victoria Anne Kennedy is a respected lawyer and widow of the longtime Massachusetts Senator Ted Kennedy.

Victoria Anne Kennedy was born on February 26, 1954, in Crowley, southern Louisiana. The second child of the six children born to Edmund Reggie and Doris Boustany, she is of Lebanese origin. Her grandparents emigrated from Lebanon and became part of the Maronite community in the US. They settled in Louisiana and became successful businesspeople. Victoria’s father became a US court judge, while the mother worked for the Democratic Party secretariat.

She grew up in a wealthy and politically involved family. From an early age, she witnessed her parents campaigning in political rallies for the Democratic Party. She went to parochial elementary schools in her childhood. A bright and promising student, she got admitted at Tulane University in New Orleans and graduated with an arts degree. In 1979, she earned her doctorate honors in law from the same institution.

Victoria joined the Chicago law firm Keck, Mahin, and Cate as a partner. She focused on the legal representation of clients in commercial banks and related products. Her acumen helped create lasting solutions by reorganizing and restructuring loans between the commercial banks and their clients. After working in the financial legal framework, she went to a judicial career. Victoria began as a judicial clerk in Chicago branch of the US Court of Appeals, working under Judge Robert Sprecher. She continued practicing law in different capacities until her retirement in 1997.

In 1981, she got married to Grier Curran Raclin and had two children with him. They divorced in 1990. Victoria balanced her legal work and her maternal duties for a while before remarrying again. She remarried the longtime Massachusetts Senator Ted Kennedy, a member of the larger Kennedy political family and brother to assassinated US President John Fitzgerald Kennedy. They exchanged their civil wedding nuptials on July 3, 1992. Having come from a politically informed family, Victoria quickly settled in the Kennedy clan.

Right from her early days of marriage, she faced the task of rebuilding her husband’s public image. Senator Kennedy had a long history of negative publicity due to his drinking and womanizing habits. She managed to bring out the humane side of her husband. In 1994, Ted Kennedy faced the Republican candidate Mitt Romney in the senatorial race. Political opinion polls put it in a locked race. Victoria managed to tilt the race to her husband’s favor. Senator Kennedy got reelected with a slim majority.

Over the years, she got involved and became the female face of the Kennedy clan after her famous sister in law Jackie Kennedy Onassis got married to the Greek billionaire. She helped her husband in subsequent reelection campaigns until his death. As part of the Kennedy family, she consolidated the family after a string of accidental deaths within the family. Victoria nursed her husband from his diagnosis with cancer in May 2008 until his death on August 25, 2009. Following her husband’s death, the Massachusetts Democrats twice tried to have her replace her husband as senator of the state. Victoria twice rejected the offers. She has since kept a low profile from elective politics, apart from endorsing Democratic candidates in the state.

Victoria has and still continues to serve on different boards of public and private organizations in the US. She is the chairperson of the John F. Kennedy Center for the Performing Arts education committee. Victoria seats in as board member of the Overseers of the Museum of Fine Arts in Boston. On the religious front, she is a director of the National Leadership Roundtable on Church Management. The organization strives to establish and coordinate assistance to Catholic parishes and other religious formations within the church in the US.

Despite her silence on active politics, she continues to silently lobby for the enactment of favorable laws to women and children. Victoria campaigned for the so-called Obamacare or the Affordable Care Act of 2010. She symbolically stood at his side on the signing of the bill by the then US President Barack Obama. In 2013, she became a member of the Commission on Political Reforms. This is a project aimed at rejuvenating the political tolerance of bipartisan politics in the deeply divided US political landscape.

On the advocacy of the children and women rights and their protection from harm, she has fought against the liberalization of gun control measures. Her nomination to serve on various gun control organizations serves to prove her commitment. Victoria founded the Commonsense About Kids and Guns. The organization brings together the vital stakeholders in the industry to create awareness to the society on gun violence. She also serves a board director at the Brady Center to Prevent Gun Violence.

In her academic, legal, political and civil life, Victoria keeps on demonstrating her resolve to help the society be a better place. She has been honored by learning and civic organizations. She is a holder of honorary doctorate degrees from several universities. Among those universities are Boston University, Montclair State University, Northeastern University, Emmanuel College and Western New England University.

Even though her popularity stems from her association with the Kennedy clan name, Victoria has done more outside the family political scene. She has created a history of advocacy on human rights, gun violence protection, and the elevation of women rights in the US society.