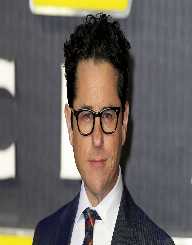 Jeffrey Jacob Abrams was born 27th June 1966, to Gerald and Carol Abrams. He was born in New York City, New York, in the United States. His father was a television producer, and his mother was an executive producer. Abrams also has a sister who is a screenwriter.

At 15 years of age, Abrams wrote the score for a B-grade horror movie called Nightbeast.

While still in college, Abrams co-wrote a film treatment. Touchstone Pictures bought the treatment, and it became the first movie Abrams produced. It was called Taking Care of Business.

Abrams followed with his second film, Regarding Henry in 1991 and then Forever Young in 1992. Abrams established himself as a serious producer, who also wrote and directed movies.

As well as movies, Abrams began producing for television as well. His first series was Felicity, which ran from 1998 through to 2002.

In 2001, Abrams co-founded a production company called Bad Robot, in conjunction with Bryan Burk. Bad Robot produced many of the television series and feature movies that followed.

In 2007, Abrams presented at the TED conference.

He works on very high-profile movies such as three of the Star Trek films. Abrams also produced the two most recent Star Wars films, The Force Awakens, and The Last Jedi. He is currently producing, writing and directing the next Star Wars movie. Called Episode IX, it is due for release in 2019.

Hollywood recognizes Abrams as one of the best talents available.

Abrams has been nominated for 43 awards, and he has won 16 of them. His wins include two Emmy Awards and two Saturn Awards.