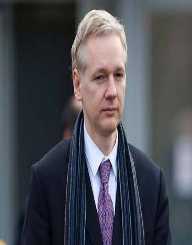 When leaked files are mentioned, the first name which comes to mind is Julain Assange. Since his formation of WikiLeaks, he has become one of the popular, controversial and seemingly wanted computer programmer in the world. Born Julian Paul Assange, he is an Australian journalist, publisher, and computer programmer. He is also the chief editor of his organization WikiLeaks. His exposes, and other journalistic works have won him several awards including Martha Gellhorn Prize for Journalism and Sam Adams Awards. Assange’s works and other private matter have also led him being investigated by countries like the United States of America, Sweden.

Julain Assange has since 2010 sought Asylum in the Ecuador Embassy in London and has remained there since for fear of being arrested by the police for breaking his bail conditions. Julain Assange also played a role in the release of the damaging and secretive emails of the Democratic Party and its candidate Hillary Clinton in 2016. The leak the DNC claims he did in partnership with Russia. There is an assertion that the leak also played a role in Clinton’s loss the 2016 US presidential election.

Julain Assange was born on July 3, 1971, in North Queensland, Townville. He was born to a visual artist Christine Ann Hawkins and John Shipton a builder. Assange’s parents divorced before his birth, and his mother married actor Richard Brett Assange when Julain Assange was a year old. Growing up, Julain Assange had lived in over 30 Australian towns before finally settling in Melbourne, Victoria.

He had his education at Goomangar Primary School before moving to Townsville State High School. In 1994, Julain Assange enrolled at the Central Queensland University where he studied programming, mathematics, and physics before moving to the University of Melbourne in 2003 and dropped out in 2006.

Julain Assange with the name Mendax alongside two others, Trax, and Prime suspect, formed the hacking group International Subversives in 1987. The group hacked into several US agencies like the Pentagon, MILNET, NASA and the US Navy. They extended the hacking to Australia’s firms like Citi Bank, Motorola, Xerox and Australian National University among others. Julain Assange through his hacking got into trouble with the Australian Federal Police after he tried hacking into Nortel, a Canadian multinational telecommunication corporation. He pleaded guilty to the charges and was fined A$2,100 and released on good behavior bond.

Julain Assange began a career as a technical advisor to the Victoria Police Exploitation Unit in 1993. That same year, he started Suburbia Public Access Network which provided internet service to the public. He then ventured into computer programming in 1994 and authored programmes and software like Transmission Control Protocol port scanner strode,c, 1995PostgreSQL, 1996, NNTPCache, 1996 and many others.

Julain Assange registered the domain leaks.org in 1999 on which he publicised an approved patent to the National Security Agency for voice-data harvesting technology a move he was against. To it was to abuse the freedom of people in communication.

Julain Assange and others in 2006 formed WikiLeaks where he also served on the advisory board. The organization was involved releasing secret information, news leaks and other classified news from anonymous sources. WikiLeaks was involved throughout it establishment publicised various materials but hit its peak after publishing documents for Chelsea Manning.

Some of these documents included the Collateral Murder, 2010, Afghanistan War logs, 2010, Irag war log, 2010 and Guantanamo files in 2011, etc. This release brought up divided opinions on the act, while some condemned the act, he also got some strong support. The leaks despite the controversies won Assange awards like the Sam Adam Award, 2010 and Sydney Peace Foundation Gold Medal for Peace with Justice.

The United States of America launched an investigation into the release of the Manning documents by WikiLeaks. The organization, Julain Assange, and Manning were put into various degrees of investigations. Manning, however, maintained she acted alone and was not under the influence of Julain Assange. She was found guilty and handed a sentence which was later commuted to seven years by President Obama. Julain Assange has been placed under the Manhunting Timeline of the US since 2010, and several agencies are investigating him separately.

Julain Assange was alleged to have sexually assaulted a woman during his visit to Sweden in 2010. He was investigated and freed initially then moved to London. However, the case was reopened by a special prosecutor who requested to interrogate Assange on charges of sexual molestation, unlawful coercion and lesser degree rape which Julain Assange denied. Despite his denial of the claims he accepted to be questioned by the Swedish Prosecutor in London which she initially disagreed.

However, after series of criticisms, she agreed to interrogate him in 2016 at the Ecuador Embassy in London where Julain Assange was on political asylum. The said questioning was never executed. Assange had in 2012 applied for political asylum at the Ecuadorian Embassy in London which was granted him. This was to prevent him from being extradited to Sweden for prosecution and subsequently to the US for his involvement in WikiLeaks.

Julain Assange caused moral damage to Hillary Clinton’s presidential bid in the 2016 US election. In a release on WikiLeaks Assage noted that Clinton was unfit to become the president of US because she lacks good judgments and may plunge the country into war. He made this assertion because he had read some emails of Clinton. This controversy was even extended to Russia when the Democratic Party accused the country of a state-sponsored cyber attack and releasing the information to Wikileaks. A  claim Assange has since denied. WikiLeaks released series of damaging emails of Clinton and the Democratic Party which is presumed to be part of the contributing factors to their lost.

Julain Assange has been involved in write-ups like State and terrorist conspiracies, 2006, conspiracy government, 2006, The hidden curse of Thomas Paine, 2008, Whats’s new about WikiLeaks and his book When Google Met WikiLeaks published in 2014.

Julain Assange was married to one Teresa during his active years. The couple had a son in 1989, Daniel Assange who also took the professional path of his dad. Assange and Teresa have divorced.