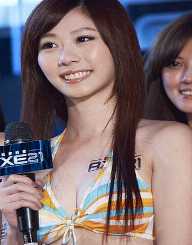 Beatrice Hsu was a young, talented Taiwanese model, singer, and actress who died in a car accident on January 26, 2007. Born on November 13,  1978, Beatrice Hsu her untimely death while traveling with her assistant to shot the television series, Daughter of the Sun. Beatrice Hsu gained popularity with her role in the television series, True Love 18 in 2002 and that role gained her nomination at the Golden Bell Award same year. With her striking looks, she started a career in the model before pursuing professional acting.

Beatrice Hsu was born on November 13, 1978, in Taiwan. Born with natural acting talent, she started acting at the young age of five. Growing up she gained interest in the entertainment industry and not only did she act but also a trained musician and was good on the piano.

The gorgeous actress started a career in modeling and that was when her attractive looks started to catch the attention of television producers. While in the university, Beatrice Hsu started to feature in television commercials and music videos through her roles in a television advertisement for the convenience store chain 7-Eleven. She was discovered tIn 2000, Beatrice Hsu featured in Maggie Chiang’s Lonely Flight music video. She also featured in music videos like, MAYDAY’s Will You?, Who love Me? by Strangers, King of Karaoke Songs by Easen and Fluster by Nicholas Tse all in 2001. Others are Leehom Wang’s Sense of Safe and Victoria Huang’s Responsibility of Being Fond of You also in 2001 and followed it with Sammi Cheng’s Willing in 2002. Hsu made an acting debut in 2001 playing the role of a cameo in CTS’s Meteor Garden I in 2001.

Beatrice Hsu, however, came to the limelight with her role in GTV’s television series, True Love 18 in 2002. Her stunning role gained her nomination at the Golden Bells Awards. She followed it with a role in CTS’s Secretly Loving You, 2001 and Love Storm in 2003. Her next role was in CTV’s The Only In The World, 2003 and a cameo in Scent of Love in 2004

Beatrice Hsu other television roles include Nine-Ball, 2004, Express Boy, 2005, Double Jade Legend, 2005 and Fly With Me in 2007. Her last series was in Daughter of the Sun of which she met her untimely death which traveling to shoot. Beatrice Hsu also played roles in movies likeVictor U-Turn 180 degrees, 2002, Turn Left, Turn Right, 2003 and Slap The Monkey in 2005. As a musician, Hsu released Freedom a duet with Gary Cao Ge for Nine Ball TV drama OST in 2004. Beatrice Hsu played musical instruments like the piano, konghou, harp, drum, erhu and guitar.

Beatrice Hsu was involved in an accident that caused her death on January 26, 2007. The accident occurred on the Taichung stretch of Taiwan’s National Highway No.1 at 23:15. Beatrice Hsu was traveling with her assistant Nantou in her mini cooper to shoot the television series Daughter of the Sun. The car, which was traveling at 120–130 km/h, collided with the guardrail on the highway getting to the other side of the road. The car was able to stop. Hence Hsu decided to come out when a truck hit the side of their car causing several damages.

Beatrice Hsu suffered a post-traumatic hydrocephalus, which ended in the brainstem being crushed. All attempts to save her proved futile, and her heart stopped beating at 17:09 and died at 19:37 on January 28, 2007. Her remains were cremated on February 10, 2007.

Beatrice Hsu dated actor Lee Wei and later dated Vic Zhou. Nonetheless, the relationship with Zhou ended in 2005 due to the “no relationship” clause of his talent agency.