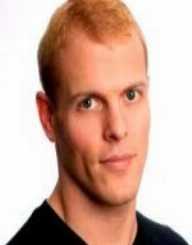 Tim Ferriss started his working life working for a data storage company and at the same time, began working on his own internet business, BrainQUICKEN. He sold BrainQUICKEN to a private equity firm in 2001. He writes about this period in his bestselling book The 4-Hour Workweek.

Other books Tim Ferriss has published include The 4-Hour Body, The 4-Hour Chef, Tools of Titans and Tribe of Mentors. He has an audiobook publishing company, Tim Ferriss Publishing which he founded in 2013. His podcast The Tim Ferriss Show has had millions of downloads and covers topics from venture capital, acting, fitness, personal development, and metaphysics.

He has hosted Fear(Less) with Tim Ferriss. His television series The Tim Ferriss Experiment began in December 2013. Ferriss is also an investor, and his net worth is in the region of US$100 million.

Tim Ferriss has worked with the National Council of the Public School, DonorsChoose and has raised funds for underfunded public schools as well as LitLiberation, a project working on increasing literacy on an international level. Ferriss is on the advisory board of QuestBridge, a nonprofit organisation working with elite colleges to place disadvantaged students.