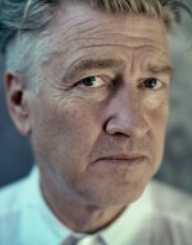 Critically acclaimed screenwriter and director, David Keith Lynch, known for his dark and offbeat filmmaking with disturbing subject matters, was born on January 20, 1946, in Missoula, Montana, United States of America. He was born to Donald Walton Lynch, a research scientist engaged with the U.S. Department of Agriculture and Edwina "Sunny" Lynch, an English language teacher. David’s family often had to move around the interiors of the United States as per the assignments given to his father by the USDA.

David moved to Sandpoint, Idaho along with his parents when he was barely two months old. Again after two years, after the birth of his brother John, they moved to Spokane, Washington. His sister Martha was born in Spokane. Continuing their transitory life, his family then moved first to Durham, North Carolina, then to Boise, Idaho, and again to Alexandria, Virginia. Unlike others, David found his fugacious early life quite interesting and dealt it with ease. Attending a new school every time they were moving around and meeting new friends was quite an exhilarating experience for him.

David attended the Francis C. Hammond High School in Alexandria. His academic result was poor and he decided to study painting. Accordingly, he enrolled himself at the School of the Museum of Fine Arts, Boston in 1964. However, he left the institute only after a year and instead decided to travel around Europe for three years. He, along with his friend Jack Fisk, undertook the trip with an objective of training under the expressionist painter Oskar Kokoschka at his school. Their mission failed when they found him unavailable at his school in Salzburg, Austria. Disheartened and disenchanted, they returned to the US only after 15 days of their departure.

After his return to the United States, David finally moved to the city of Philadelphia. He took enrollment at the Pennsylvania Academy of Fine Arts where his Europe tour partner Jack Fisk was already studying. He started making short, animated films while studying at the Institute. His first animated short film ‘Six Men Getting Sick (Six Times)’(1966) was a part of a student project developed over the course of a semester and was shot by him while attending the Pennsylvania Academy of Fine Arts. The paintings required for the animation film was mostly done by himself.

He made another film called ‘The Alphabet’ (1967), which was a combination of animation and live action and directed a completely live action short film ‘The Grandmother’ (1970) before moving on to produce his first full-length movie. David’s first full-length feature film ‘Eraserhead’ was premiered in 1977. The film was characterized by its disturbing and dark subject matter and also for its surrealist tone. The grotesque and nightmarish film soon became an all-time favorite cult classic among the critics. His next directorial venture ‘The Elephant Man’ (1980), a biographical film was a mainstream success. The film went on to receive eight Academy Award nominations including two for his direction and screenplay.

He directed the 1984 science fiction film ‘Dune’. The film proved to be a disaster for David as it failed commercially and attracted mostly negative reviews. His next film ‘Blue Velvet’ (1986) was a typical David Lynch film. The film was later recognized as his most personal and original work and is rated as a classic. He received a second Academy Award nomination for Direction for this film. During the 1990s, David directed the violent ‘Wild at Heart’ (1990) among others like ‘Lost Highway’ (1997), The Straight Story (1999), 'Mulholland Drive' (2001) and 'Inland Empire' (2006). His ‘Wild at Heart’ won the Golden Palm at the 1990 Cannes Film Festival. The surrealist thriller ‘Mulholland Drive’ fetched the director his third Academy Award nomination in Direction.

Apart from his cinematic talent and expertise as a director and screenplay writer, David Lynch is a very good painter, musician, photographer, actor and also a sound designer. He has two solo music albums, ‘Crazy Clown Time’ (2011) and ‘The Big Dream’ (2013) to his credit. He composed music and provided sound design for a variety of films. He authored two books on painting and photography by the name ‘Images’ (1994) and ‘Catching the Big Fish’ (2006). He also produced several web-based shows including ‘DumbLand’ (2002) and ‘Rabbits’ (2002). He returned to the television show business with the Showtime limited series ‘Twin Peaks: The Return’ (2017).

David Lynch married several times till date and has had several long-standing relationships. He started a relationship with his fellow student Peggy Reavey during their student days at the Pennsylvania Academy of Fine Arts. They later married in 1967. Their only child Jennifer Chambers Lynch, conceived before their marriage, was born in 1968. They divorced each other in 1974.

David married Mary Fisk on June 21, 1977. The couple was blessed with a child in 1982. They divorced in 1987. David began a relationship with Mary Sweeney, his longtime film editor/producer, after his second divorce. They eventually married in May 2006 but only to get divorced in July 2006. The couple together has a son. In July 2009, David married actress Emily Stofle, who appeared both in his 2006 film ‘Inland Empire’ and also in the 2017 television series ‘Twin Peaks: The Return’. They have one child born in 2012.